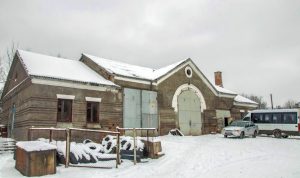 The Yanov railway station was built according to the same standard design as Vilcha in 1930, near the village of the same name. It became famous thanks to the computer game S.T.A.L.K.E.R., when it became the abode of one of the most dangerous monsters of the fictional Zone. In reality, it marked the beginning of Pripyat. Supplies of materials and equipment for construction of the atomic scientists’ city were delivered by this branch railway line. Since the young model city was supplied as a top priority, a new type of market was opened here in 1983. Agricultural products were sold at it, and on weekends and holidays, fairs were organized where it was possible to buy consumer goods, books, and scarce confectionery. On April 27, 1986, trains were brought in to take people out of the Exclusion Zone. Yanov village was completely demolished and buried in the very first weeks after the disaster. 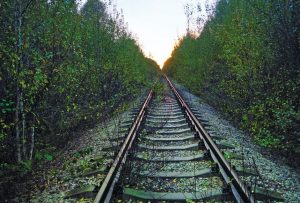 During the liquidation of the consequences of the accident, the Yanov station again acquired key importance and was actively used during construction of the New Safe Confinement, or Arch. However, even in its closed condition, there are still some interesting examples of Soviet railway equipment here, thus making it a place of pilgrimage for tourist groups and lonely explorers of the Zone.