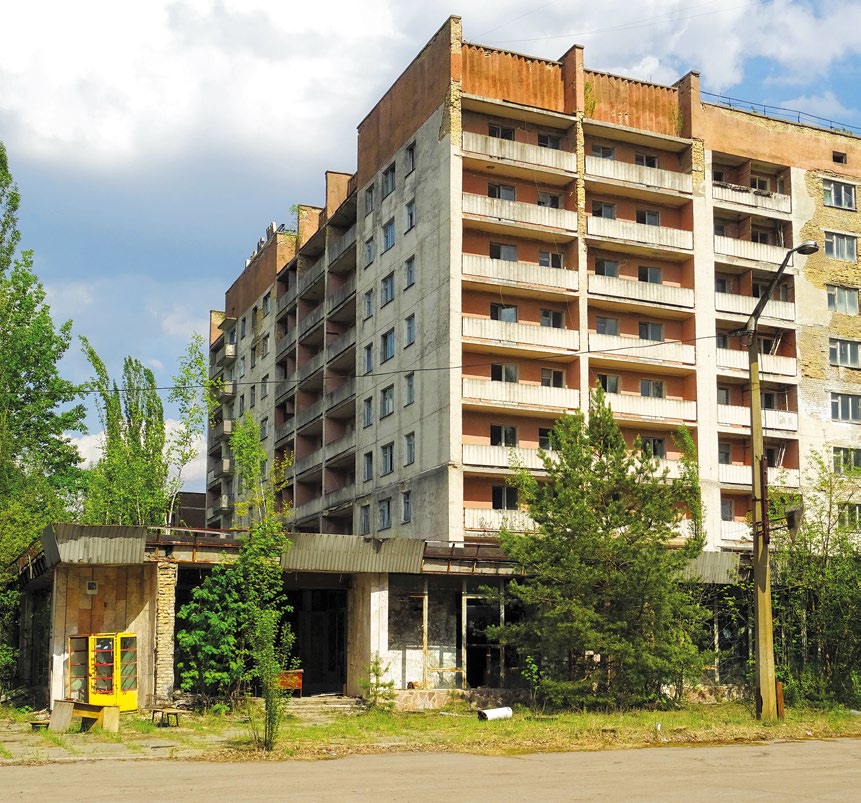 The White House was a slang name in Pripyat for this structure.

The White House got its name from an association with the American namesake – not because of the color of the walls, but because most of its residents belonged to the urban elite: the station leaders and party leaders lived there. The nine-story building, standing on the central square, popularly known as the “Palace”, had a good location, comfortable apartments, and was considered a privileged accommodation. Director of the Chernobyl NPP Bryukhanov lived here in apartment number 78; he later was sentenced to a prison term. Shop #1 “Rainbow” was on the ground floor, where office supplies, car parts, radio goods, etc. were sold. On the roof, they installed huge letters spelling the slogan “Glory to Lenin! Glory to the party!” At the entrance, there is still a telephone booth.
The White House building was made of brick, according to the improved standard design; now, it is in the most precarious condition in comparison with other Pripyat houses.