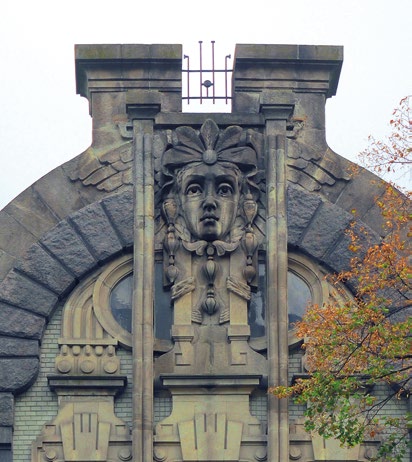 The Weeping Widow House is an architectural landmark in the city of Kyiv.

The story of this captivating house is very interesting. In 1905, merchant Sergei Arshavsky bought it from lieutenant Lev Gorbanevsky. Dismantling the old one-story wooden house, he chose a noted architect Eduard Bradtman to design and build a very special house in the art-nouveau style. It was completed in 1907. To pay contractors, Arshavsky had to rent out the entire second floor. He and his family lived on the first floor. The merchant lived in style and his impressive house was noted for lavish parties. But his circumstances changed, and Arshavsky was forced to sell to his colleague, a top guild merchant Tevje Apshtein. This happened in 1913. However the facade is still marked with the monogram initials S.A. The building’s main appealing feature and attention grabber is the sculpted head of a woman displayed on the upper part of the facade, which gives the house its name – when it rains, the water, pouring down the woman’s cheeks, creates an illusion of a crying face. But why was she a widow? – that remains a mystery. 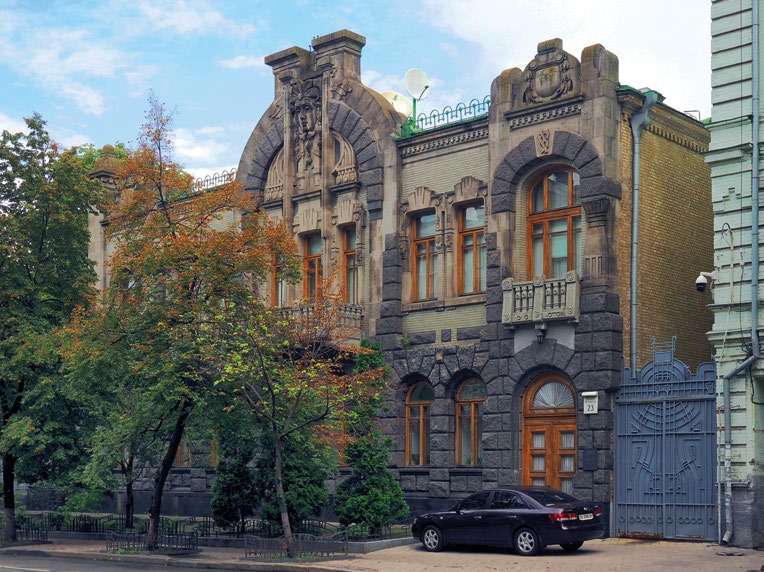 After the events of 1917, the mansion became a home to many organizations. From 1918, it was occupied by the Federation of foreign groups, part of the Central Committee of the Republican Communist party (Bolsheviks) Others included a special department of the 12th army and a trade union of the South Western railway… From 1939, the Kyiv military command was headquartered here. After the liberation of Kyiv in 1943, the Central Committee of the Communist party of Ukraine moved into the part of the mansion that remained undamaged after fire and explosions. Currently, the building is the seat of the Presidential Administration, and it is one of his official residences. The Arshavsky mansion is a true architectural masterpiece. It is notable for its elegant interiors, but only the government elite get to see them.