Vyshyvanka is used as a talisman to protect the person wearing.

“Vyshyvanka” is a modern word for a traditional shirt with embroidery. In olden times, these shirts were made of hand-woven linen and decorated with embroideries characteristic not only for a particular region of Ukraine, but specific even to a village. It took a craftswoman from a couple of weeks to several months to make one vyshyvanka. Traditional embroidery patterns originate from pagan culture; it was not just a decorative ornament, but rather symbols designed to protect its owner from evil spirits. It is unusual, but in the old days, embroidery was not made by cross-stitch. It came to Ukraine from Europe only in the 19th century, thanks in large part to Brocard, which used packaging with embroidery patterns for perfumery products. 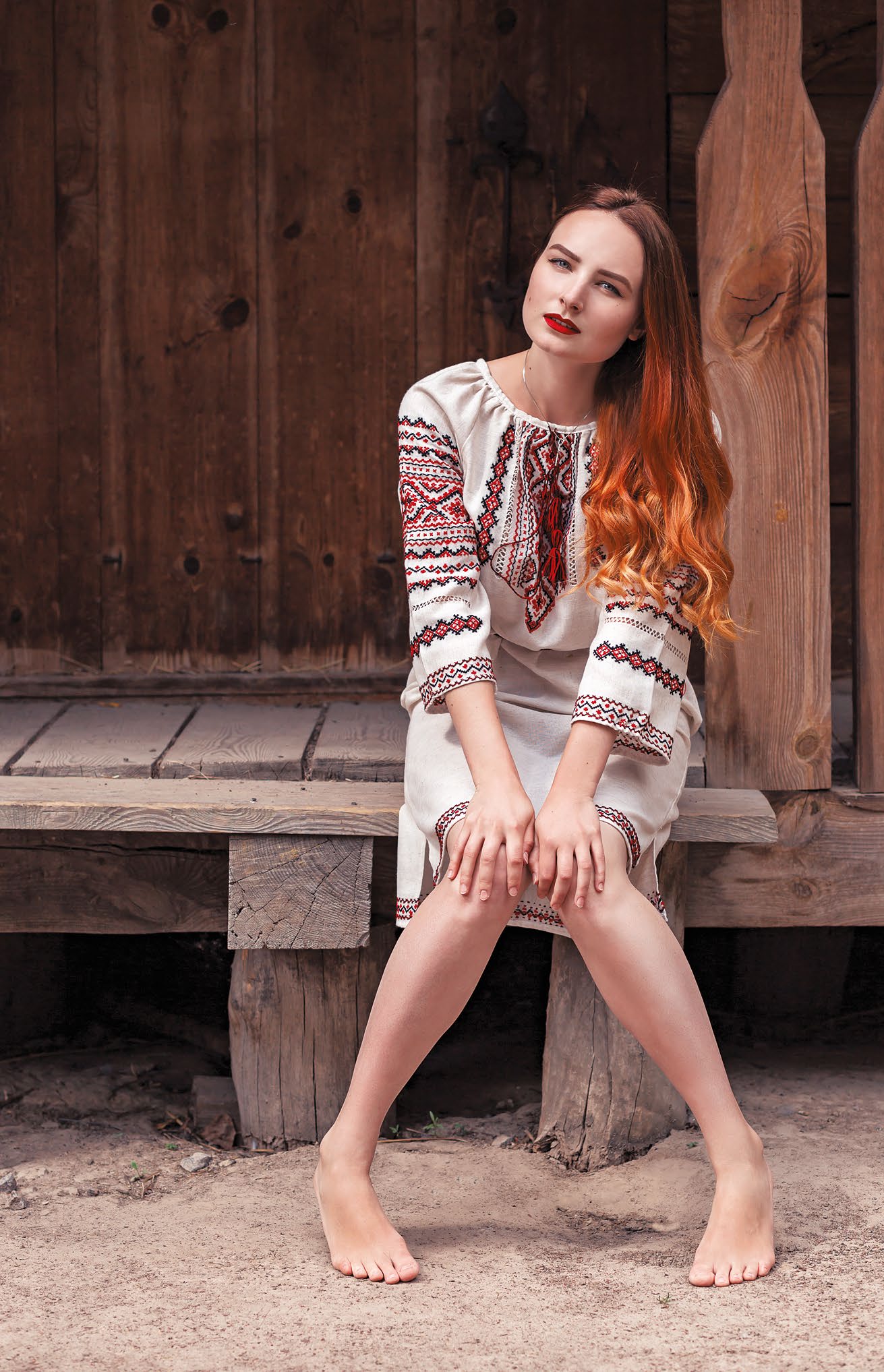 At the turn of the 20th century, embroidery “comes off” the traditional folk costume, and many urban residents begin to wear it in combination with modern clothing. One of the first to combine a vyshyvanka with a European suit was writer Ivan Franko. He is memorialized in this outfit on the 20-hryvnia banknote. Subsequently, vyshyvankas experienced several peaks of popularity: in the 1920s and 30s, in the 1950s and 1960s (thanks in large part to the head of the USSR Nikita Khrushchev, who regularly wore a vyshyvanka), and today, on the wave of growing national identity. In recent years, vyshyvanka has become so popular in Ukraine that not only shirts are adorned with it, but also household items, jewelry, and even cars. You can buy a vyshyvanka – a distinctive Ukrainian souvenir – not only in stores, but also on Andriyivsky Descent, in the center of Kyiv. Vyshyvanka Day is celebrated on May 17th.