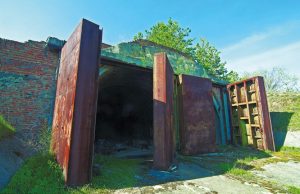 The Soviet mobile S-75 anti-aircraft missile system was developed in 1957. Its tasks included the destruction of targets flying at speeds of up to 1,500 km/h (932 mph) at altitudes of 3-20 km (1.8-12.4 mi), changing positions, and ambush operations. The Volkhov, a modification that became the base for all subsequent systems, was put into service n 1961. 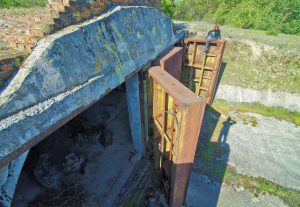 This is what provided air defense for the Chernobyl NPP and the military facility Chernobyl-2 (#83).
This military unit is a small set of buildings located in the middle of the forest: a control bunker, protected by massive airtight doors twice as tall as a person; barracks, containers for cars; and six missile launch sites. Around Volkhov are remnants of various vehicles – a caterpillar tractor, an overturned ZIL tank truck, and (Lord knows from where) a motor boat.
In our time, the air defense support function was transferred to a mobile squadron, utilizing the much more modern Buk anti-aircraft system, which was also based not far from the nuclear power plant. 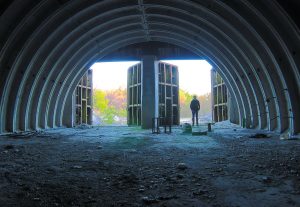