The Krug (Circle) is an auxiliary system for the Duga-1 radar station. Its official name is the Return-oblique Ionosphere Sounding Station (abbreviated VNZ in Ukrainian). It consists of two huge circles with a diameter of 300 meters (984 ft), on the perimeter of which are 240 ten-meter (33-foot) antennas, 120 per circle. In the middle is a low one-story building, the control center, on the roof of which was a large antenna that served as a kind of target designator for the rest. There was a fire after the Chernobyl accident. It is rumored that the military torched the building so that no one could get the equipment. True or not, the fire truck used to fight the fire remains in the courtyard. 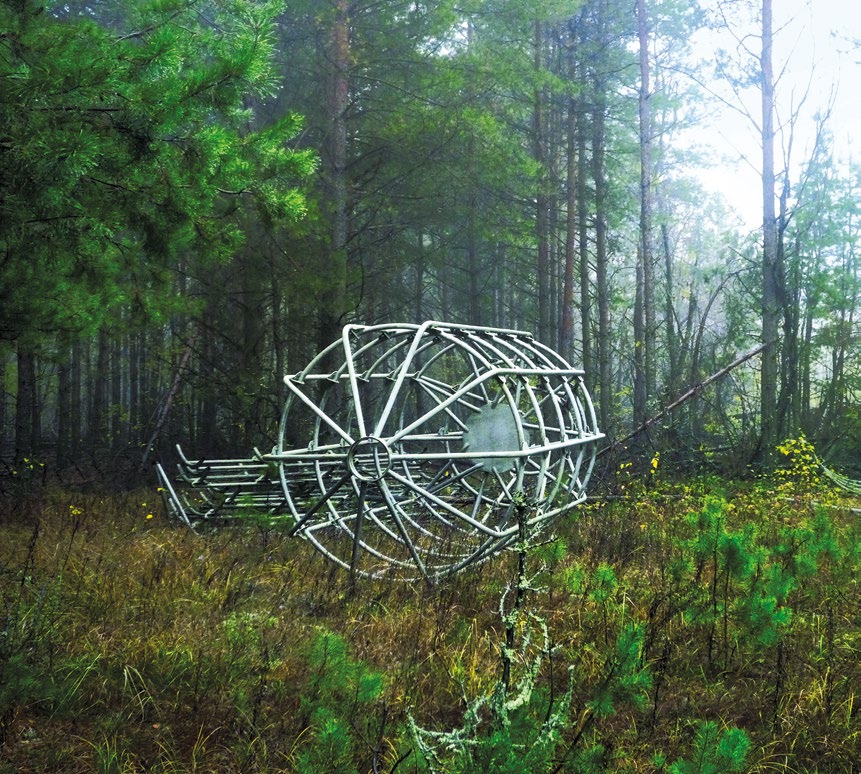 Unfortunately, now the Krug is almost destroyed. In the early 2000s, a number of antennas were cut down. For a long time, the parts were abandoned. Researchers in the Zone even began to hope that looters were disappointed with these places and forgot the way here. How wrong they were. The Krug’s second radius started to be looted in February 2015. A concrete road from the Chernobyl-2 to the Krug was dismantled back in the 1990s. This facility still has the feel of a typical Soviet military unit. The guard towers have fallen. At the entrance is a shabby gate with large red stars. The officers who served at the Krugs located at two Soviet OTHR (Overthe-horizon radars) were convinced that these antennas were useless, and believed that most likely the Krug at Chernobyl-2 was also not useful for anything.