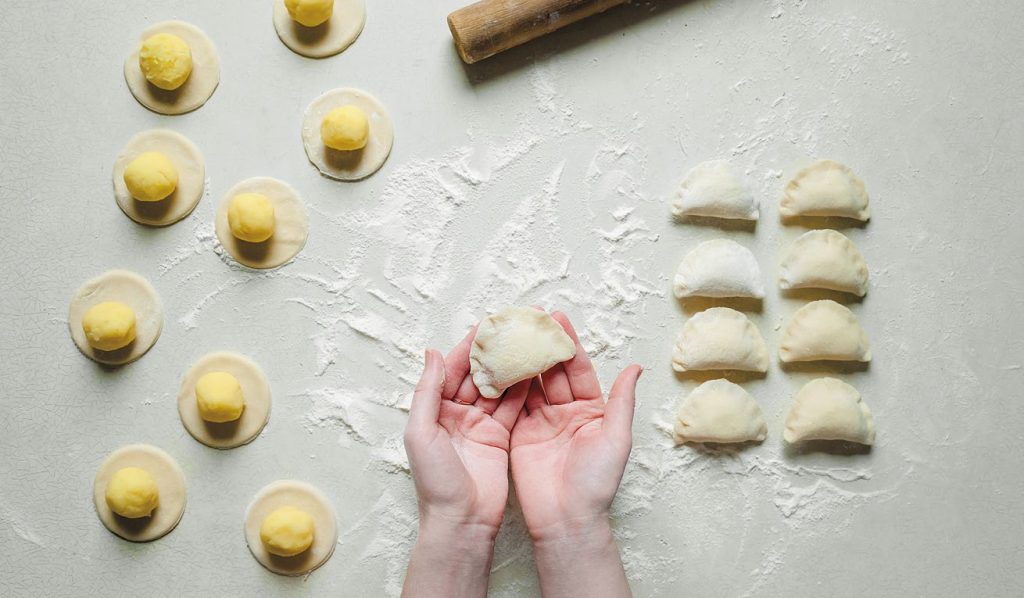 Varenyky, along with borsch, is the most popular Ukrainian national dish. These are small round or triangular flour dumplings filled with meat, vegetables, mushrooms, berries, or cottage cheese. They are served in almost any Ukrainian restaurant, sold frozen in the supermarket, and prepared by Ukrainians everywhere (as a rule, on holidays).
Usually, varenyky dough is made from wheat flour, adding water, salt, and sometimes eggs. But any flour may be used: rye, buckwheat, or barley. The most popular filling is meat. Just as popular are varenyky with mushrooms, cabbage, cottage cheese, and potato with cracklings. In the summer, the priority goes to cherries, blueberries, and strawberries. Other berries are less commonly used (according to the season), as well as poppy seeds, beans, fish, etc. 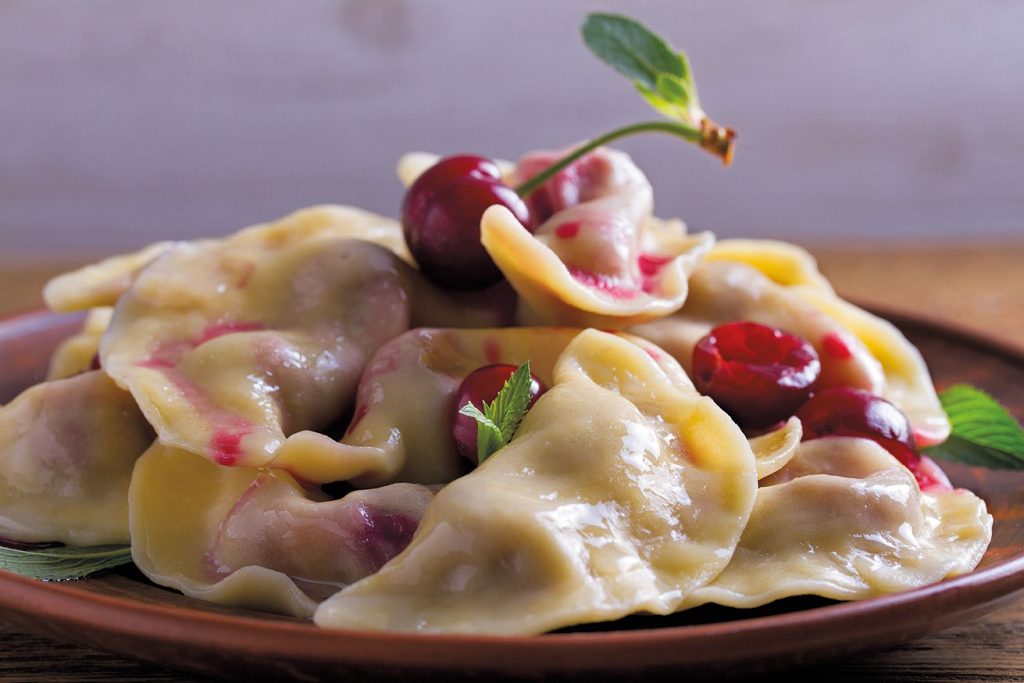 It is easy to make varenyky.

It is easy to make varenyky. The dough is rolled out into a thin sheet and cut into squares or circles, then the filling is placed inside. Pinch the edges of the dough together. Raw varenyky are dropped into boiling water and cooked until they float, plus a couple more minutes. Some people like to fry their meat varenyky until a golden crust appears. Some prefer to steam varenyky.
The dish is served hot with sour cream and/or butter. Sweet varenyky (with berries, etc.) are often sprinkled with sugar or topped with jam. Varenyky with potatoes traditionally are served with onions fried in sunflower oil. In the old days, halushki were very popular, varenyky without filling ( although some people still make them today).
Similar dishes exist in many cuisines all over the world: Russian pelmeni, Central Asian manti, Italian ravioli, Polish kolduny, and a few East Asian dishes.
Ukrainian varenyky, although unique, have their roots in Turkish cuisine, which has a similar dish called dyush-var.