After the 1917 October Revolution and the overthrow of the Provisional Government in the former Russian Empire, the Ukrainian People’s Republic (abbreviated UNR in Ukrainian) was formed. Independence was declared by the First Universal of the newly-formed government, the Central Rada, in January 1918. Ukraine’s independence was recognized by the Central Powers (Germany, Austria-Hungary and Italy), but not by their opponents in the First World War, the Allied Powers (Russia, Great Britain, and France). 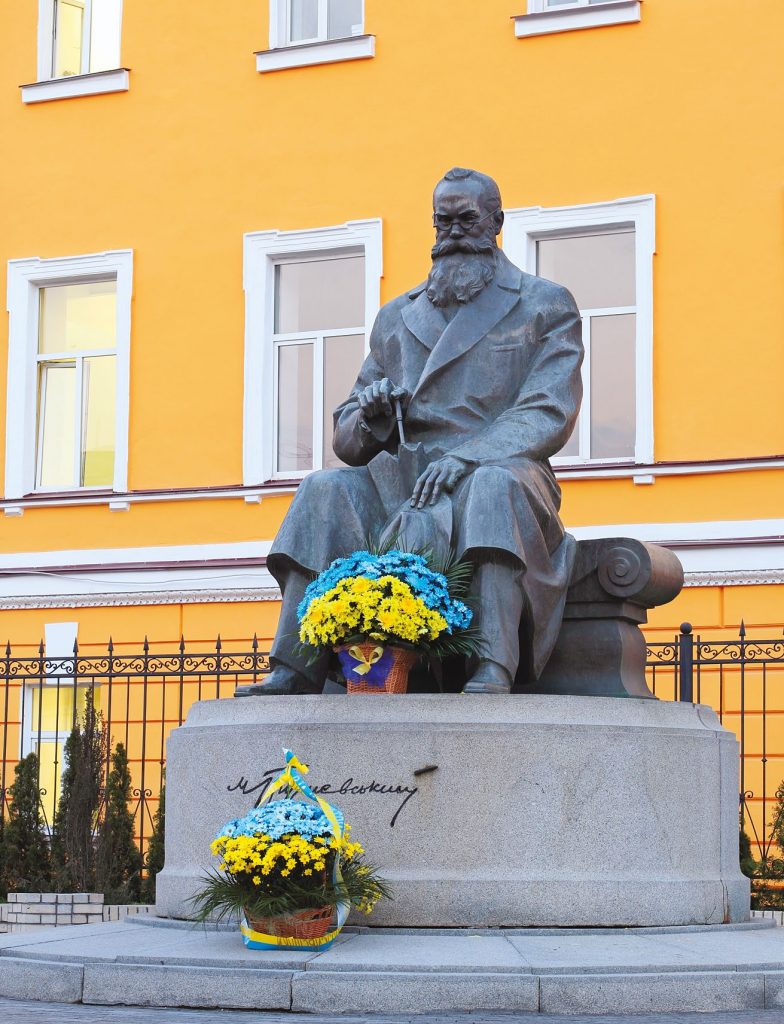 The prominent Ukrainian historian, founder of Ukrainian scientific historiography, Professor Mykhailo Hrushevsky was elected head of the Central Rada. He was an ardent supporter of the formation of national statehood, Ukraine receiving autonomy, and, subsequently, full independence. Several months later, Hetman Skoropadsky, with the support of the German and Austrian occupying forces, overthrew the People’s Republic and announced the creation of the Ukrainian State. However, it lasted no more than a year; Kyiv was taken by the Directorate’s troops, the hetman fled, and the UNR was restored, albeit in a smaller area. It existed until 1920 and, after a series of coups, fell under the onslaught of Bolshevik troops. The territory of the UNR was divided between the USSR, Poland, some went to Romania, and some went to the Czech Republic. The fate of Mykhailo Hrushevsky was dramatic. In 1919, he went to Vienna, but returned to Ukraine 5 years later to participate in the Ukrainization of the republic. He was a professor and academician at Kyiv University. In 1931, he was accused of counter-revolutionary activities and arrested. Soon after his release, he died in a sanatorium during a simple operation. In the late 1930s, Hrushevsky’s works were banned in the USSR. The image of Mykhailo Hrushevsky is on the 50 hryvnia note.