Back in Soviet times, the Ukrainian school of boxing was recognized internationally. In the late 1990s, the Klitschko brothers ascended in the boxing world, which significantly increased interest in boxing in their homeland and raised Ukraine’s image around the world. The brothers founded the K2 Promotions company and proved that nothing is impossible.
There have been three Olympic boxing champions in the history of independent Ukraine: Wladimir Klitschko (1996), Oleksandr Usyk (2012) and Vasyl Lomachenko (2008 and 2012). Ukrainians have won the world champion title in professional boxing 12 times. Most often, they gained the champion belt in the WBA (8 athletes, among them Wladimir Klitschko and Oleksandr Usyk); less often, the WBC championship belt (3 boxers, including Oleksandr Usyk and Vitali Klitschko). 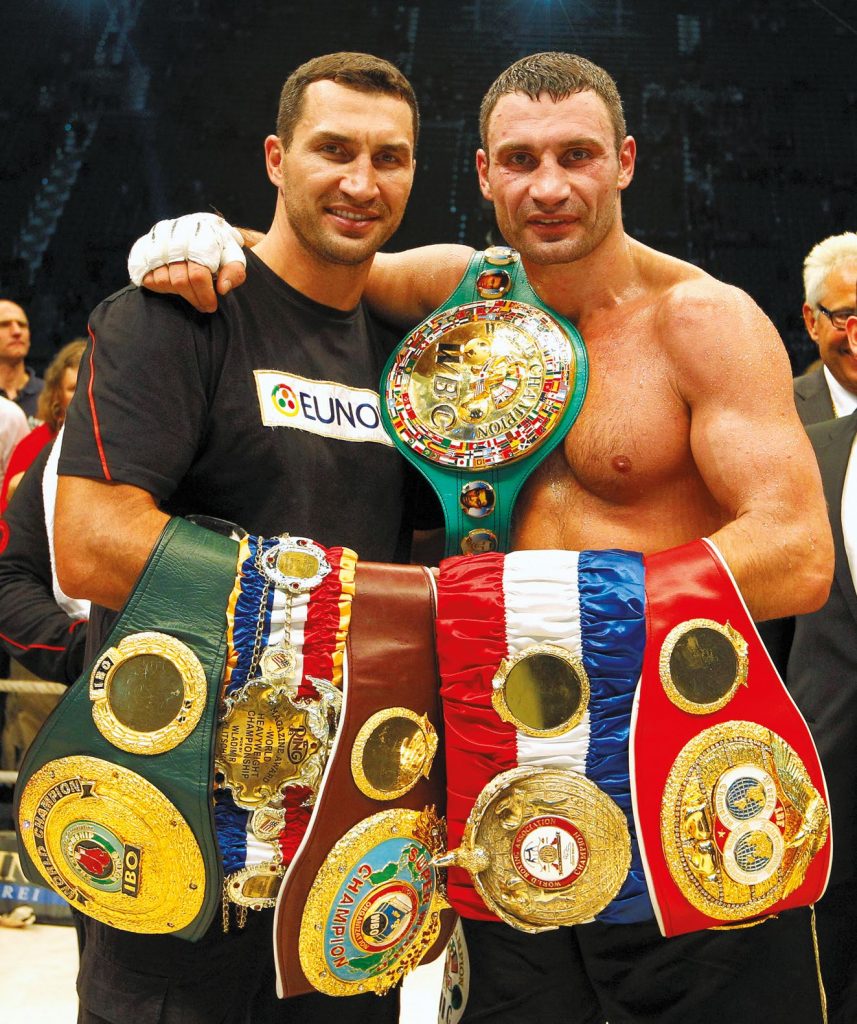 The most prestigious titles in professional boxing were won by both Klitschko brothers, Vitali and Wladimir.
Oleksandr (aka Sasha) Usyk owns a full collection of five belts from the most prestigious boxing associations (WBA, WBC, WBO, and IBF) – the goal of all professional boxers. Oleksandr began studying in 2008 with Anatoly Lomachenko, the father of his friend, Olympic champion Vasyl Lomachenko. After 5 years, he decided to go into professional boxing, signing a contract with the Klitschko brothers’ company, which was announced as, “The most important contract in the history of K2 with the brightest and most promising heavyweight today. Sasha was born on the same day as the great Mohammed Ali, that’s not a coincidence. We expect that in the next couple of years he will win the right to fight for the world title.”
Today, Usyk is the absolute world champion. He defeated the top boxers of the world: Evander Holyfield, Clemente Russo, Krzysztof Glovatsky, Marco Huck, Murat Gassiev, and Tony Bellew. In 2018, the Ukrainian athlete was named Fighter of the Year by the most authoritative sports channel, ESPN, and he topped the ratings of the five most promising boxers in the world on the British TV channel BoxNation. Oleksandr Usyk won Muhammad Ali Trophy and was nominated for the BBC’s World Sport Star of the Year (2018).