Ukrainian Baroque is distinct from the Western European Baroque.

The word baroque comes from the Portuguese “perrola barroca” (“a flawed pearl”) and means a fantastical, eccentric interpretation of the classical tradition, using unusual elements. Ukrainian Baroque is also commonly called Cossack. It emerged and reached its highest peak in the lands of the Zaporizhian Sich in the 17th-18th centuries, combining the traditions of European baroque and national motifs. Widespread use of this style in architecture and painting begins with the time of Kyiv Metropolitan Petro Mohyla, founder of the Kyiv-Mohyla Academy, from which architect Ivan Grigorovich-Barsky graduated, one of the best Ukrainian Baroque designers. And the style was developed under Hetman Mazepa, who financed the construction and restoration of many cathedrals, not only in the capital, but throughout Ukraine. 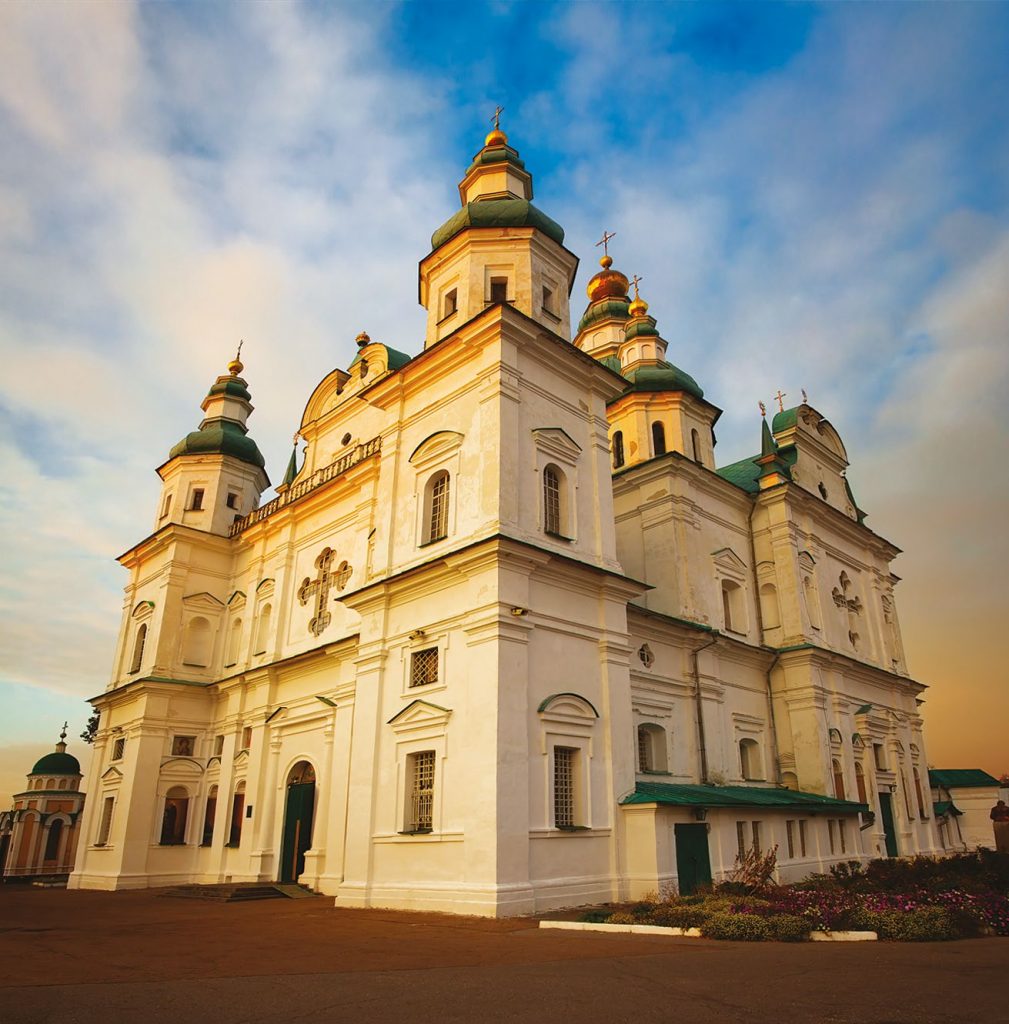 One of the classic examples of this architectural style is St. Michael’s Golden-Domed Cathedral in Kyiv (destroyed in the 1930s and reconstructed from ancient drawings in the 1990s, after Ukraine gained independence). But the most striking and vivid, quintessential example of Cossack Baroque is the Bell Tower Gate in St. Sophia Cathedral: on the inside are images of two angels in Cossack trousers.
However, it should be remembered that Cossack Baroque is not only an architectural style. It left a mark on all art of the Cossack era. This includes the literature of that time: epic poems and Ukrainian legends of knights – after all, the Cossacks called themselves knights, as well as printed books with identifiable design and illustrations. Most of the ceremonial portraits of hetmans, high clergy, and Cossack foremen are painted in this style – in magnificent attire, with an abundance of bright rich colors (particularly red and gold), and essential allegorical elements and symbols. It was reflected in decorative and applied arts, from embroidery to ceramics. And the most prominent representative of the late Cossack Baroque in literature and philosophy was Grigory Skovoroda.