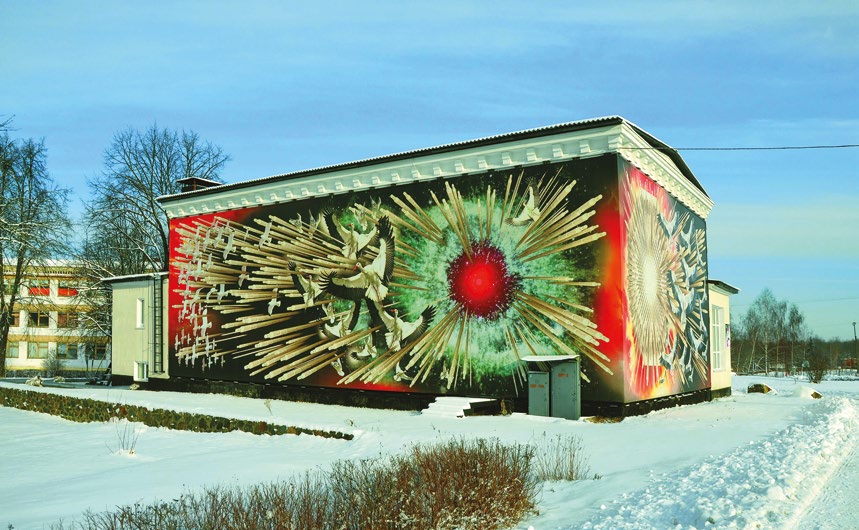 Ukraina Cinema is located in the center in Kyiv.

The movie theater “Ukraina” was built in 1977. The Ukrainian SSR’s leadership believed that the district center should have well-developed infrastructure and meet the standards of the city after which the first Ukrainian nuclear power plant was named.
There is a monument in front of the movie house, symbolizing the struggle and victory of Komsomol members in the formation of Soviet power and the construction of a brighter future. After the accident, the building was used for retail and warehousing purposes. A few years ago, part of the hall was occupied by a bar, where you could order a grilled chicken and have a strong drink. The cinema’s auditorium is used as a repository of ethnocultural valuables – wooden trunks, looms, canoes, and other wooden household implements. 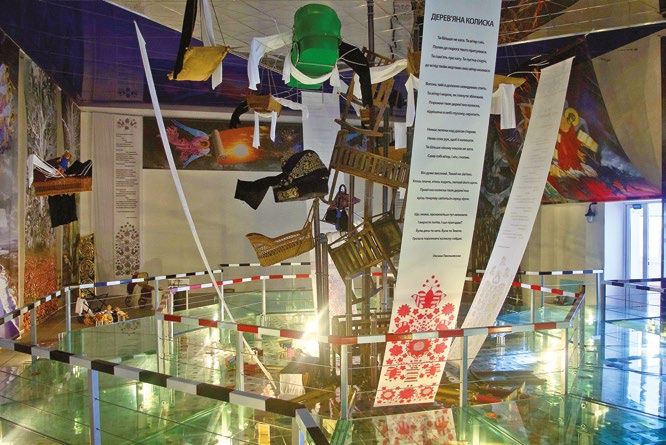 The State Scientific Center of Cultural Heritage Protection from Technogenic Disasters preserves the culture of the Chernobyl region. The center has conducted several dozen ethnographic expeditions around the Chernobyl Zone and collected tens of thousands of unique household items abandoned in the villages and settlements 73of the Chernobyl region after evacuation in 1986. There are no guided tours in the storeroom. Today, the largest part of the cinema is occupied by the memorial complex exposition “Wormwood Star”.