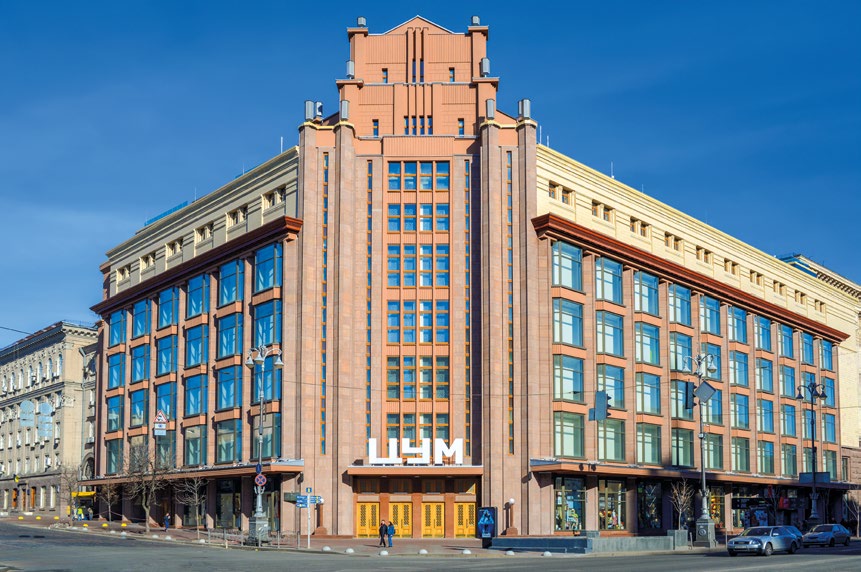 Located on two former kreshchatyk plots previously belonging to the film magnate Anton Shantser (Khreshchatyk, 42) and Amalie Shedel (Khreshchatyk, 44/2) – the seven-story TsUM was built in 1937-1938 by Moscow architects Friedman and Metzoyan in the American style. This architectural form was called both classical rationalism and constructivism and was unusual in the old USSR. It is unlike any other buildings in the main street of the capital: red polished granite, glass bay windows, and turrets on top. TsUM fortunately survived the war and stood among the post-war development as an old-timer, reminding people of the peaceful routine of life before the war – the people regarded TsUM with fondness. 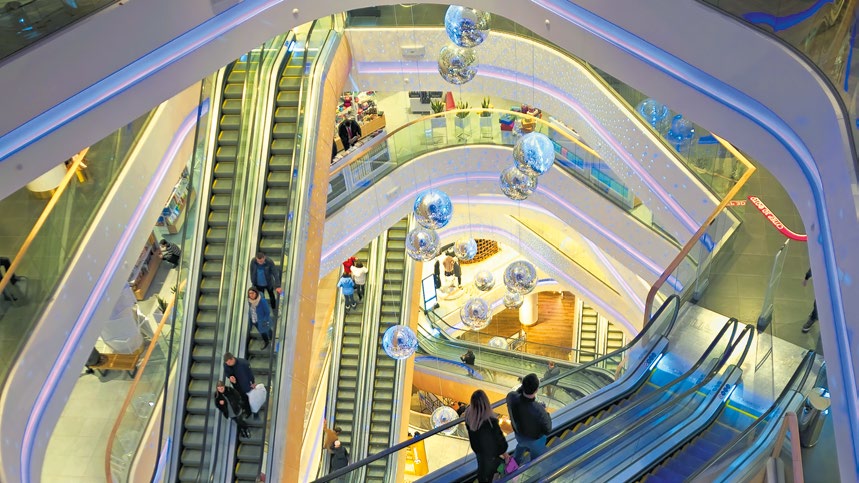 The building also survived several reconstructions and renovations the last and most comprehensive being for four years, from 2014 to 2016. It was completely transformed inside, but retained its original facade to maintain this key building’s cultural heritage. With its six trading floors, a new rooftop restaurant and outside terrace, today’s modern TsUM is commercially relevant and yet, at the same time, an historic reminder of times past.