Trypillia is the site of an ancient mega-settlement dating to 4300–4000 BCE.

Surprisingly, thousands of years ago, at the turn of the Stone and Bronze Ages, on the territory of modern Ukraine there already existed mega-settlements for the time, so called proto-cities. According to different historians, from 10,000 to 24,000 people could live there.
In 1893, self-taught archeologist Vikentiy Khvoyka (born Čeněk Chvojka) discovered the first ancient settlement in Kyiv. Soon after, others were discovered, including a large one in the village Trypillia, which is 50 km (31 mi) from the Ukrainian capital. The culture got its name from this village and today is called Trypillian. In the late 19th century, similar settlements were found in Romania and Austro-Hungary. But only in the 20th century did scientists understand that it was the same culture, stretching from the Carpathians in the west to the Dnipro River in the east. 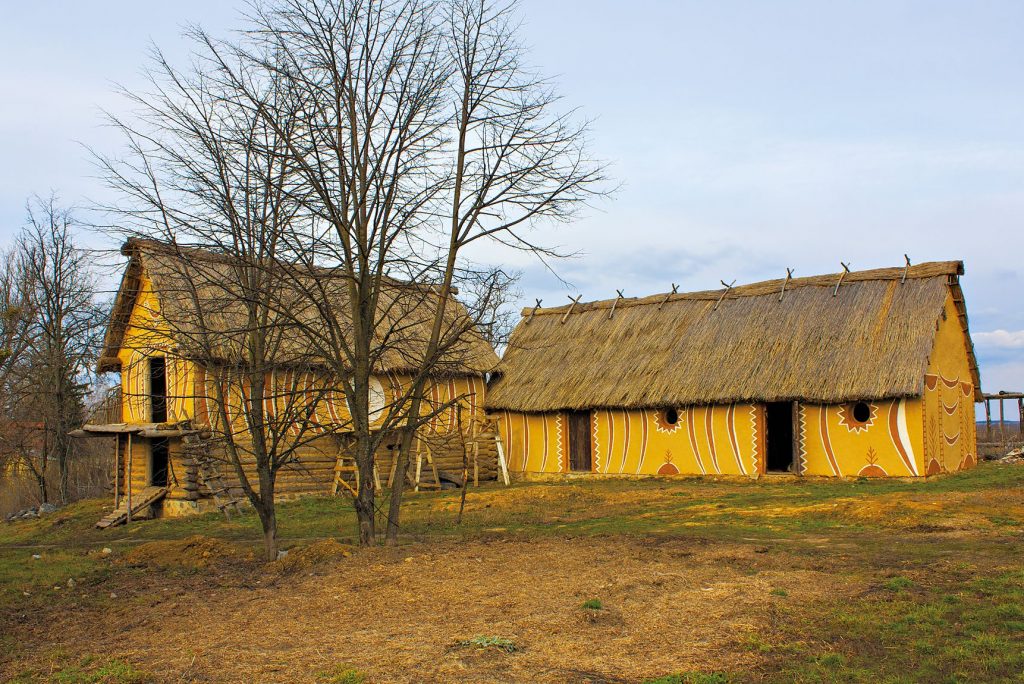 So, who were these people and how did they live? Trypillians were skilled potters. We have learned about their existence mainly because of their well-preserved ceramics – all kinds of pots, plates, figurines, and even clay models of their dwellings. Among the artifacts, which are widely represented in Ukrainian museums, our attention is drawn to an unusual, binocular-type “lamp.” We can only guess how it was used.
Trypillians led a settled way of life. Besides hunting and gathering, they reared livestock and practiced slash-and-burn agriculture, characteristic of forest areas: to clear land for planting, trees were first slashed (they damaged the bark at the bottom, so the tree would wither), then set it afire. Crops were harvested for five to seven years, then the land was used for hay or pasture for another 10-12 years. When all the nearby land was exhausted, Trypillians moved to another place. First, though, in a special ritual, they burned their “city.” Half a century later, forest would be growing again in that area, as if nothing had ever been there.
We need to understand that Trypillian was not a nationality (we don’t even know for sure who they were), and they are not ancestors of today’s Slavic people, including Ukrainians. But their history, no doubt, is part of the history of the Ukrainian land.