The Ukrainian coat of arms – trident, or tryzub – has a long history.

The official coat of arms of Ukraine – a golden trident on an azure English heraldic shield (quadrangular with a sharp base) with a thin gold border – was approved on February 19, 1992. This is the so-called small coat of arms, regularly used in all official proceedings. There is also a design for the great coat of arms of Ukraine, the central part of which will be the small coat of arms.
The trident was a family symbol of the Rurik dynasty, the ancestors of the Baptizer of Rus’, Prince Vladimir, as well as his symbol, which was minted on silver coins and engraved on state seals. As for the origin of the symbol itself, there are many hypotheses. The most reasonable and popular today is the theory that it is a stylized image of a bird – either a falcon descending on prey, or a crow, the sacred bird of the Scandinavian god Odin. Almost all the noble Varangians placed images of crows on their banners, but it is most likely from Rurik’s line. 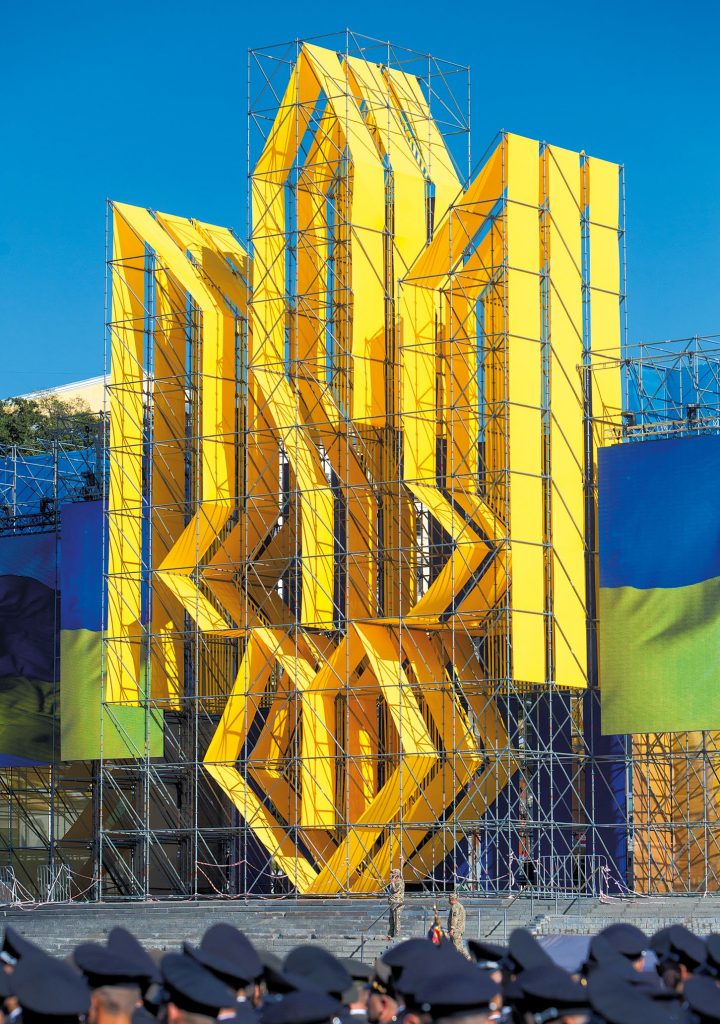 After the fall of Kyivan Rus’, this symbol was forgotten for many centuries. Mykhailo Hrushevsky, head of the Central Rada and the most famous historian of his time, recalled it in 1918, when creating the flag and coat of arms of the Ukrainian People’s Republic was decided. However, this state existed for only a few years; then Ukraine became one of the republics of the Soviet Union, and its symbols completely changed. Only in 1991, after independence, did the state regain its coat of arms in the form of the trident.