Tourist Trips in Chernobyl to the Exclusion Zone have become commonplace, and Chernobyl itself is a national landmark. The first visitors, whose arrival was not related to any professional activities, appeared already in the late 1980s. In the early 2000s, there was an attempt to organize a visit to the Exclusion Zone for science fiction writers and another for a conference of historians. These visits did not succeed: many did not understand what there was to see here, and some were even frightened. 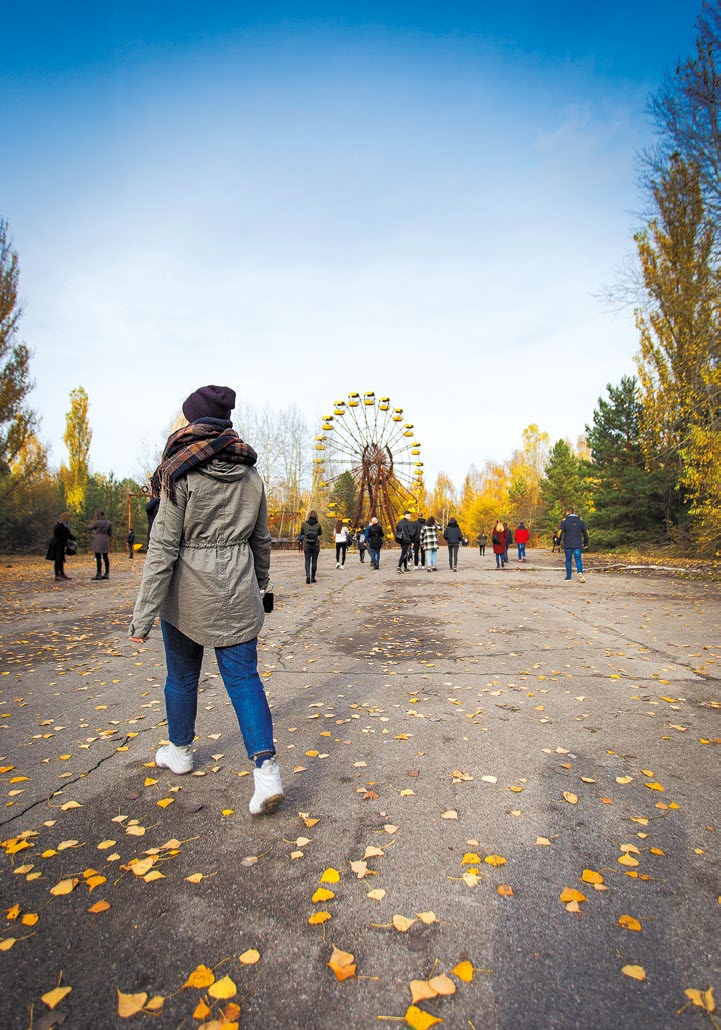 Trips began in the mid-2000s and slowly gained momentum. Probably the new generation, for whom the Chernobyl disaster is a historical event rather than personal experience, could, putting aside emotions, see the Zone with a fresh eye. In 2009, the S.T.A.L.K.E.R. game appeared, which dramatically increased interest in the Exclusion Zone, and tourism has become prevalent. Now the Exclusion Zone is visited by tens of thousands of tourists a year. A one-day excursion includes a mandatory list of places to visit: the Chernobyl NPP observation deck, the city of Pripyat, Chernobyl-2, the town of Chernobyl, and the villages of Kopachi and Zalesye. It’s also possible to visit a few more locations. As experience shows, tourists stay the longest in Pripyat. A more extensive list is offered on two-day and three-day excursions. The rules limit the duration of a continuous stay to five days. Routes and safety requirements are prepared by Exclusion Zone specialists.