The Sea of Azov

The Sea of Azov is the shallowest sea in the world, with a maximum depth of 13.5 m (44 ft), and the average is only about 7 m (23 ft). Its slightly saline waters wash the coasts of Ukraine and Russia, flowing towards the Atlantic Ocean. But the Atlantic is still far away – through the Kerch Strait to the Black Sea, then on to the Bosporus, Sea of Marmara, the Dardanelles, Aegean Sea, Mediterranean, through the Strait of Gibraltar, and only then the waters reach the ocean. That is why the Azov is the most continental sea in the world.

Maybe it holds some other records? Most likely, yes, because it might also be the youngest sea. Just 7,000-8,000 years ago it didn’t exist at all: the Don River flowed into the Black Sea somewhere near what is now the Kerch Strait. The Sea of Azov was formed about 5,600 years BCE as a result of the Black Sea deluge (according to scientific hypothesis). 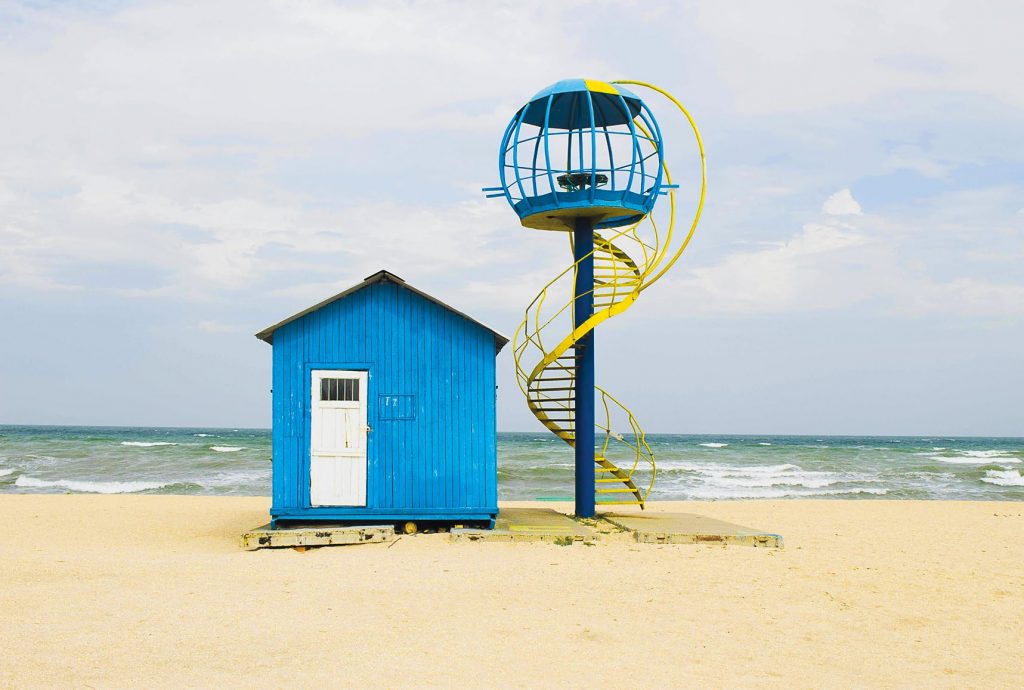 The Sea of Azov has had many names in its history; each tribe that came to its shores referred to the Azov in their own way. Today’s name, Azov, comes most likely from the Turkish azak – low, low-lying. By the way, ancient Greeks called it the Maeotian Swamp (Palus Maeotis), most likely because of its shallowness (a depth of 5 m / 16 ft could be reached only about 2 km / 1.2 mi from shore), as well as the periodical blooming in the water, when it becomes green and absolutely opaque with microscopic seaweeds.
In the winter, the Azov can partially or completely freeze. Walking on the flat, icy seashore covered with shells, it might seem that one is not in Ukraine, but rather somewhere much farther north. During the summer, the Azov greets visitors with warm water, warmed up all the way down to the bottom. Many tourists come here from all over Ukraine and from abroad.
The largest town on the Azov coast is Mariupol. Many of its 450,000 residents proudly announce to newcomers that, in 2012, Mariupol was named one of the most comfortable Ukrainian towns to live in. Mariupol is also among the most polluted cities, which comes from the industrial factories, as the metallurgical and coke industries are dominant here.
Nevertheless, the Sea of Azov is rich with fish (more than 100 species), other animals, and plants. Even small porpoises (about 1.5-m / 5-ft long) live here, which we call “sea pigs” or “azovki.”