The House with Chimeras 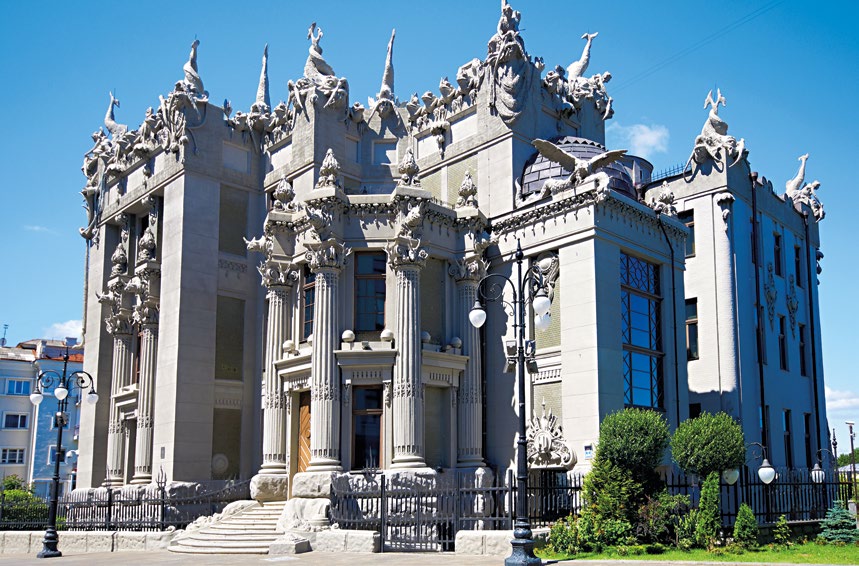 This mansion on Bankova Street, 10 was built in 1903 by Vladislav Gorodetsky, one of the most prominent Kyiv architects, as a house for rent. The distinctive Art Nouveau building is imaginatively decorated with figures of mythical creatures and wild animals: nymphs and mermaids, dolphins and crocodiles, rhinoceroses and elephants, whose hanging trunks serve as drainpipes. All the sculptures were based on Gorodetsky’s sketches reflecting his passion for hunting and manufactured by the Italian sculptor Elia Sala. 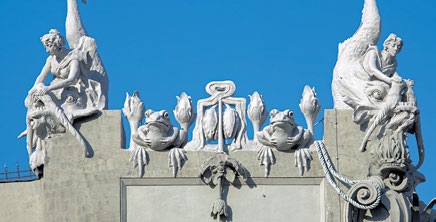 This eccentric architect was also known as a big game hunter, traveler, and author of the book “In the Jungles of Africa”. Built as a tribute to his passions for hunting and travel, the house lost its owner in an all too predictable way. Yet another safari to Africa pushed Gorodetsky into debt and forced him first to mortgage his masterpiece and then to sell it. It is said that, when leaving the house, Gorodetsky cursed it. No one can be sure if this is myth or truth. But companies who rented rooms in the house often went bankrupt or disappeared under mysterious circumstances. The nickname for this fantastic building came immediately – as one, Kyivans dubbed it “the House with Chimeras”. Although this house is known for its unusual exterior décor, its interior is equally unique. Suffice to just mention the hall with a painted stucco under the sea ceiling . With a huge kraken in the center, the entire ceiling is decorated with shells, water plants and fish. 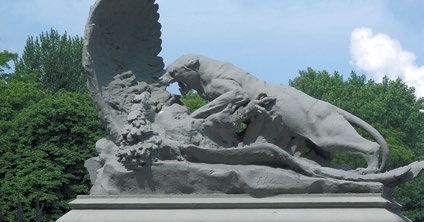 The house also impresses with its “two faces”. Located on a hill, the cube-like house looks like a three-floor building from one side, but like a six-floor building from another. In former times, there was also an alpine rock garden with a fountain. The house was lucky to survive the war years, revolutions and the culturally Soviet “struggle against architectural excesses”. Recently it was restored, and now it is used for government and presidential receptions.