The Askold Tomb takes its name from legendary Prince Askold, who was killed close to here by Prince Oleg in 882. According to legend this is where he was buried. In olden times, a tribe of Ugrs – who would later found their own state of Hungary – passed by Askold’s Grave. Since then this place has had the alternative name “Ugric”. 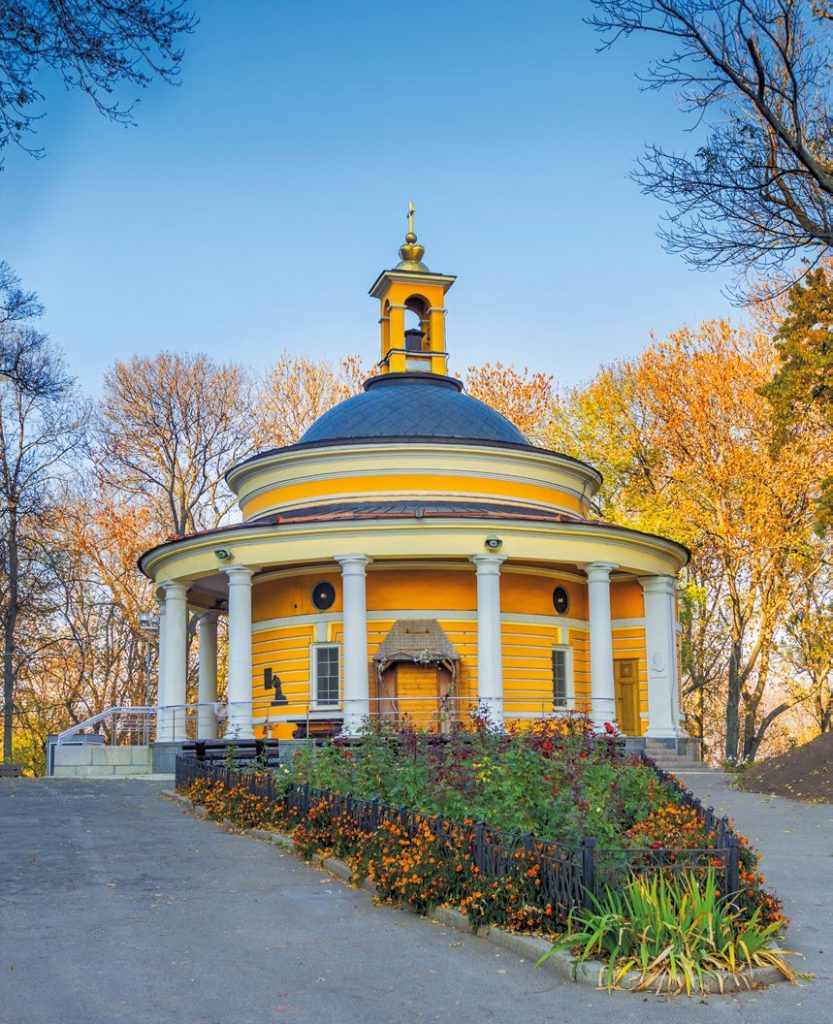 The history of Askold Tomb.

Before 1809, there was a small wooden church here, but then it was replaced by a stone church – architect Andrey Melensky. Then, the cemetery for aristocrats appeared as the burial place for the great and the good of Kyiv. It was beautiful and well-kept but only until 1930 when the Soviets, with their typical distaste for religion, converted the church into a park pavilion with a restaurant. And the cemetery became terraced paths that overlooked the Dnieper. Now the church has been restored to its original form and purpose. Many Kyivans and tourists like to take a walk through this scenic area, never guessing how it looked and for what it was used 100 years age Askold’s grave is a favourite subject of artists and is often a topic for poets and composers.