Interesting from the biography of Taras Shevchenko.

Portraits of Taras Shevchenko (1814-1861) can often be found in the homes of ordinary Ukrainians. And this means that he is not just officially designated, but, rather, is the true symbol of national identity.
Shevchenko was a serf (a slave), which forever determined his political views and became the theme of many of his works. He soon showed a talent for painting, and his master gave him to various teachers for training, wanting to make him a “household artist.” In St. Petersburg, outstanding artists paid attention to Shevchenko and, after long negotiations, bought his “freedom” for a huge amount of money at that time. He entered the Academy of Arts and repeatedly received awards for his paintings. In 1840, a collection of his poetry “Kobzar” was published, which later became a second name for Shevchenko himself and the personification of the nation’s soul. In 1846, Shevchenko joined the Cyril and Methodius Brotherhood, a secret anti-serf society that wanted to unite the Slavic lands, with the center in Kyiv. A year later, he was arrested and spent 10 years in exile as a private in military service in a remote region, moreover, with the prohibition to write and draw. Subsequently, the ban on painting was lifted. 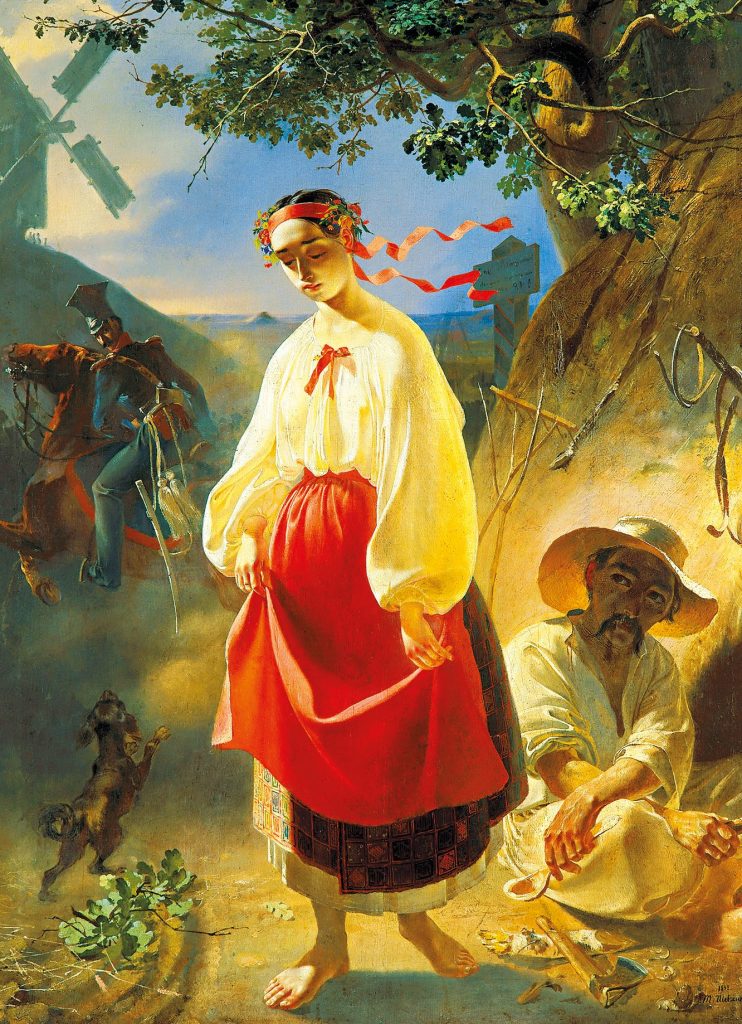 The petitions of influential metropolitan friends, including the vice president of the Academy of Art, led to his release in 1857, and two years later he received the title Academician in engraving. The last few years of his life did not bring him happiness, either in his personal relationships or his creativity. He was buried in St. Petersburg, but then, according to 31his renowned poem “Zapovit” (“Testament”), his body was transported to Kaniv, where now a monument to the poet rises on Chernechna Hill.
In Kyiv, a monument to Shevchenko stands opposite the National University, which bears his name. Picturesque works by the famous poet can be seen in the National Museum of Taras Shevchenko. The image of the Kobzar is on the 100 hryvnia note.