Ukraine, the world’s largest sunflower producer, set a world record in 2016 with a harvest of 13.6 million tons. There are so many sunflower fields in Ukraine that the big round yellow flower has become one of the symbols of the country.
The sunflower is an annual, brought to Europe from America in the 16th century. The first scientific description of it was given in 1571; the plant was called “the flower of the sun” by Flemish botanist Matthias de l’Obel.
The large 30- to 50-cm (12- to 20-in) diameter flowers grow out of long, thick stalks with some varieties reaching up to 5 m (16 ft) tall. The young buds “stretch” towards the sun and, during the day, change orientation from east to west. The root system penetrates the soil 2-3 m (6.5 to 10 ft) deep, which allows the sunflower to get water from lower depths and survive in dry periods. It blossoms in July- August for 30 days. One flower produces 1,000-2,000 seeds, which are used for oil or are sold raw or fried. Ukrainians traditionally love to snack on them. The seeds are quite tasty and nutritious, as well; they contain fatty oil (about 40% or more), protein (up to 20%), and carbohydrates (up to 25%). 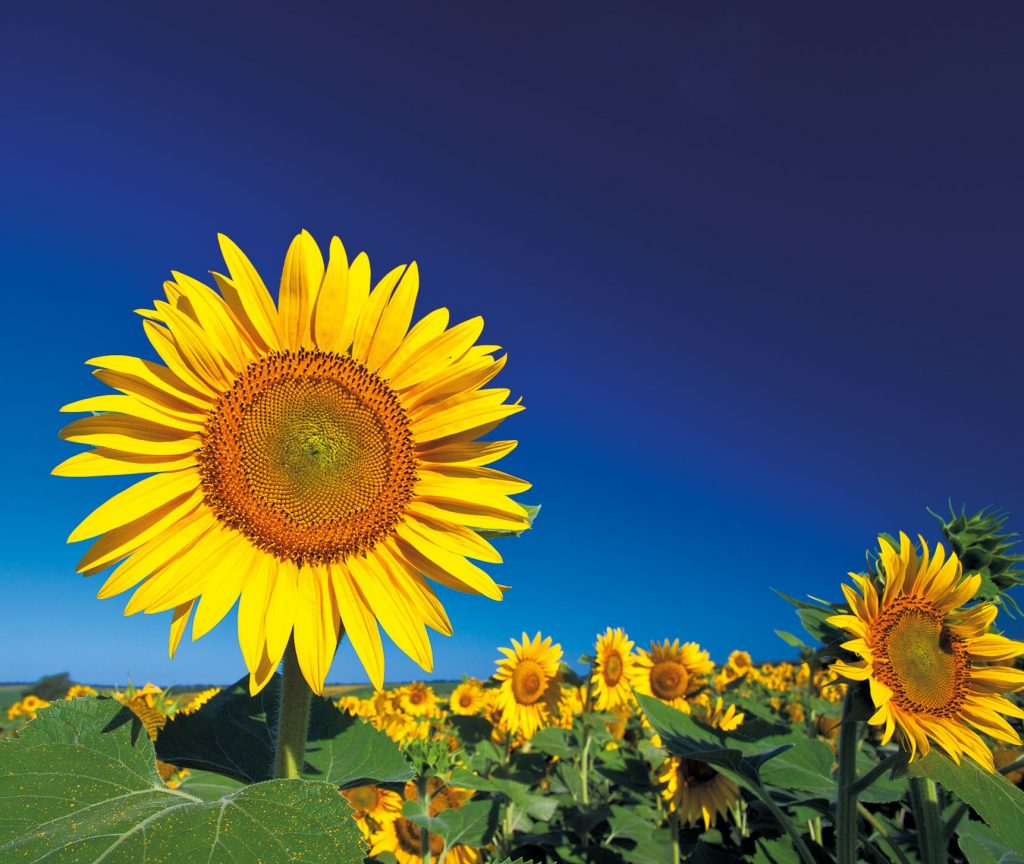 The English were the first to think about producing sunflower oil, evidenced by a corresponding patent in 1716. But truly large-scale production of sunflower oil began in Russia under Tsar Peter I. By the mid-19th century, sunflowers were grown on more than one-third of cultivated land in some regions of Voronezh and Saratov provinces. Later, cultivation spread to Ukraine, where it took a special place. We can assume that sunflower oil was so highly popular largely due to the Orthodox Church giving parishioners permission to use it during religious fasts (like Lent and Advent, when animal products cannot be consumed). This is why it is also known as “postnoe maslo,” or “fasting oil.”
By the end of 19th century, the “immigrant plant,” in a cultivated form, had “returned” to its homeland in the United States, making that country one of the major producers of sunflower oil in the world.