In Ukrainian a storks is called “leleka” or “bus’ko”.

Storks live in western and central Ukraine. Ukrainians love them very much, thinking of them as a symbol of family prosperity and a herald of spring. Some even believe that, after death, the soul of a good person turns into a stork, and that’s why it won’t build a nest above the home of a bad person. There are many folk beliefs connected with this bird. For example, if the storks arrive early, then the summer will be warm.
Storks have always loved to settle near people, choosing roofs, telephone poles, chimney tops, and other high places for their nests. However, in the last few decades, they more often choose trees.
A stork nest can be seen from far away, as it is very big. Located well and constantly replenished, the nest can be used by birds for a extremely long time – decades or even centuries. 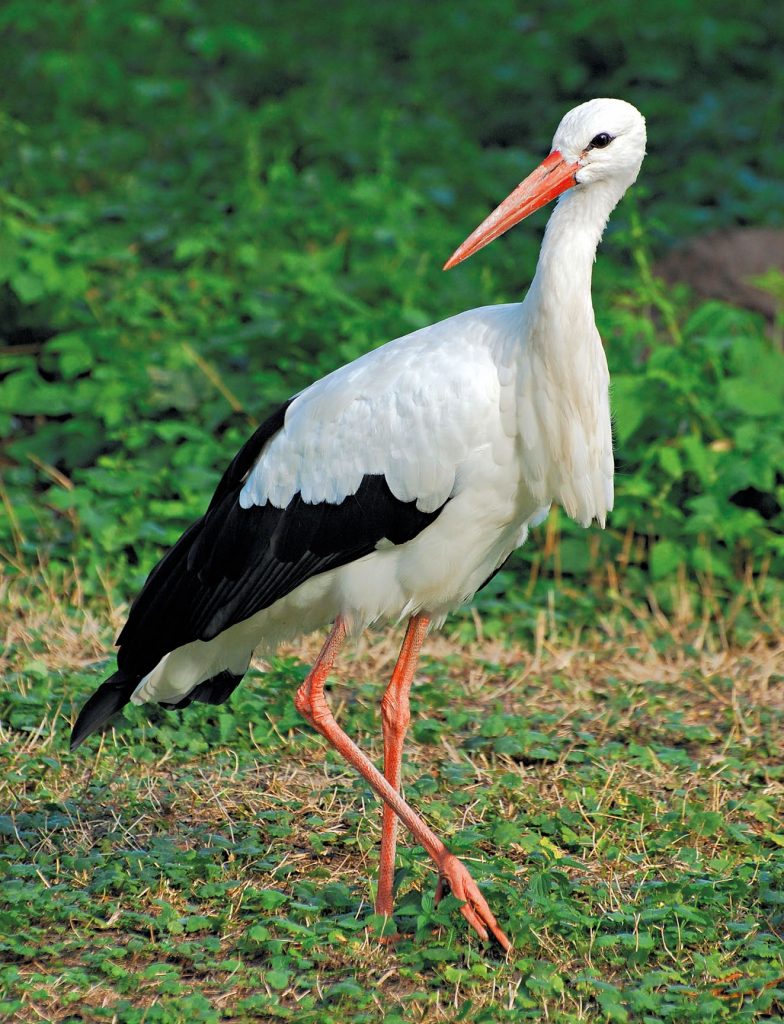 A stork is a large bird. Its body is about 1 m (3 ft) or a bit longer; its wingspan reaches up to 2 m (6.5 ft). An adult stork can weigh 4 kg (8.8 lbs). On average, they live about 20 years.
Since it is a marsh bird, its favorite foods are related: frogs, toads, snakes, and vipers. But it can also eat large insects, earthworms, lizards, mice, or any other small animal. While searching for food, storks walk slowly, but as soon as one sees its prey, it demonstrates an enviable agility.
Usually, a female stork lays 2 to 5 eggs, and both the female and male take turns on the nest for just over a month. Chicks grow fast and are already independent after 70 days. At the end of August, driven by instinct, they fly away to warm lands. Their parents will do the same a bit later, in September. Ukrainian storks migrate to central or southern Africa.
In the spring, they come back north to their nests. If for some reason a bird cannot fly away for the winter, a certain death awaits it. To survive, the stork will typically settle in a villager’s yard. People feed it, and by the springtime, it goes back into the wild again.