In 1814, representatives of the Polish community appealed to Emperor Alexander I for permission to erect a stone church to celebrate Russia’s victory in the Patriotic War and in honor of himself, Tsar Alexander. The Tsar granted the petition on condition that the church would bear the name of his Patron-Saint Alexander. The designated site was where a previous church had burned down. Thus, St. Alexander Roman Catholic Church was founded in 1817. During its construction the architects and designers changed in rapid succession: Andrey Melensky, Piler, Stanzani, and Vikenty Beretti and others. Architect Franz Mekhovich finally completed the construction in 1842. 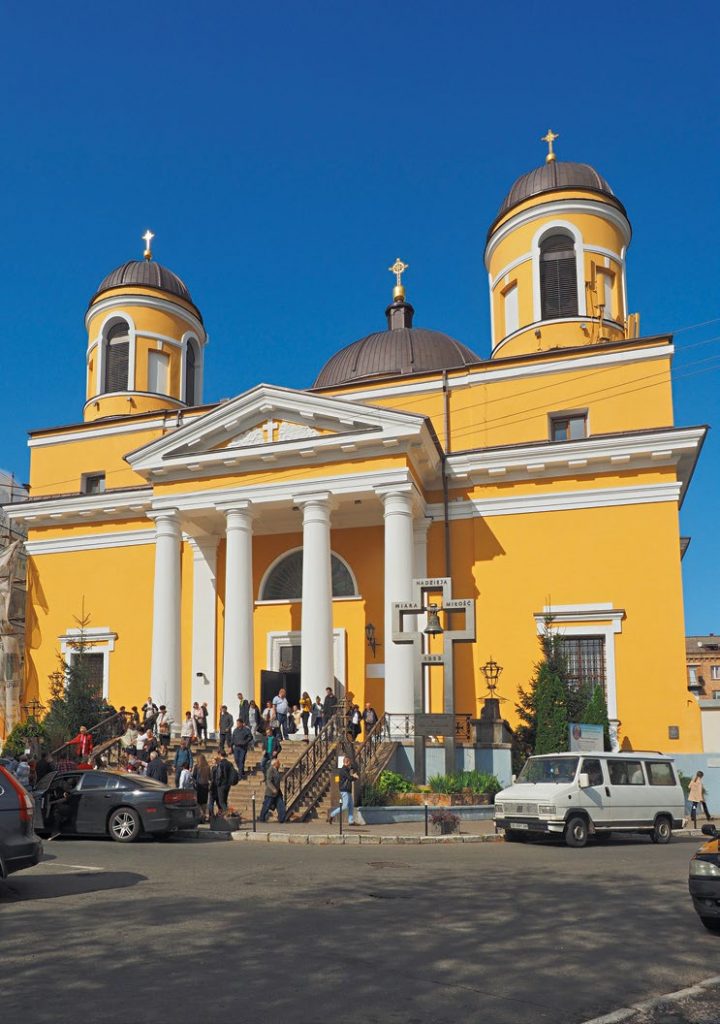 From 1937 a worker’s hostel was housed in the defunct Church. In 1952, a planetarium and a library were located there. In 1990, the building was given back to the Catholic community of Kyiv. And the reconsecrated church was restored to its original appearance. Its current address: 17 Kostolna (formerly Chelyuskintsev) Street.