The interesring Soviet Symbols in Chernobyl.

On April 26, 1986, time stopped forever in the Exclusion Zone. In this piece of space, time was trapped like an insect in amber. Coming here, you find yourself in the last century and millennium, in a country which is no longer on the map. The streets have Soviet names, there are the monuments to Lenin, long ago demolished across the country; posters and slogans of a bygone era hang in the former clubs, cinemas, kindergartens, schools, and other public institutions. 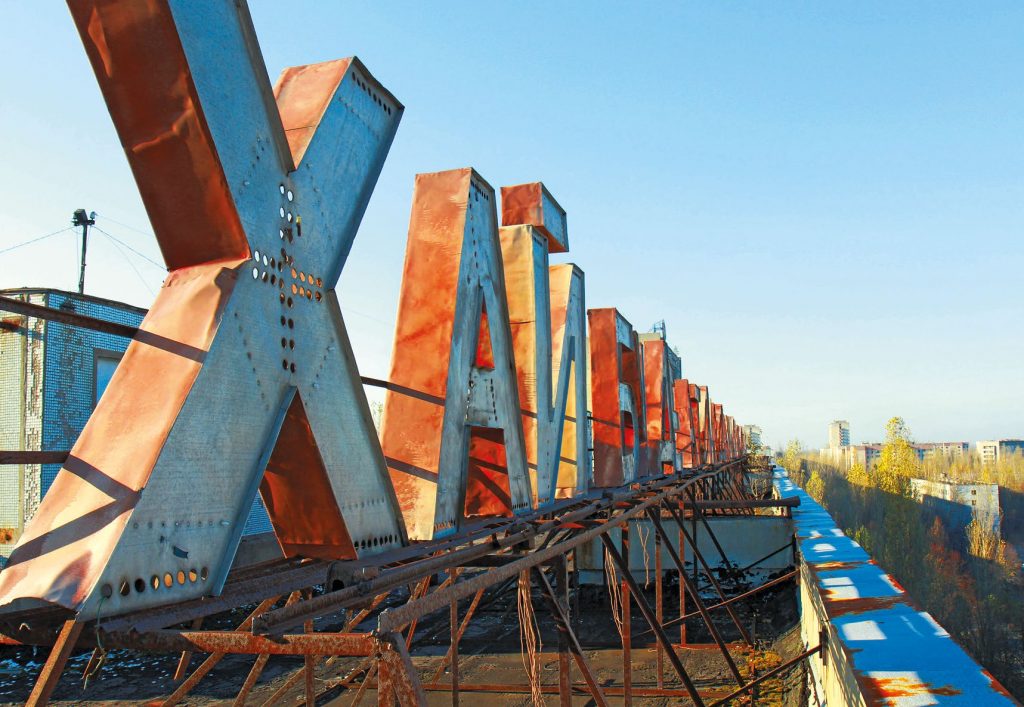 The walls are decorated with panels and carvings with allegorical images of a bright future and happy children are devoted to the Soviet astronautics, power, and memory of the heroes of World War II. Many of these have suffered over time from radiation and the hands of unknown vandals. But some are remarkably well-preserved and are reified memory of those who once lived here. 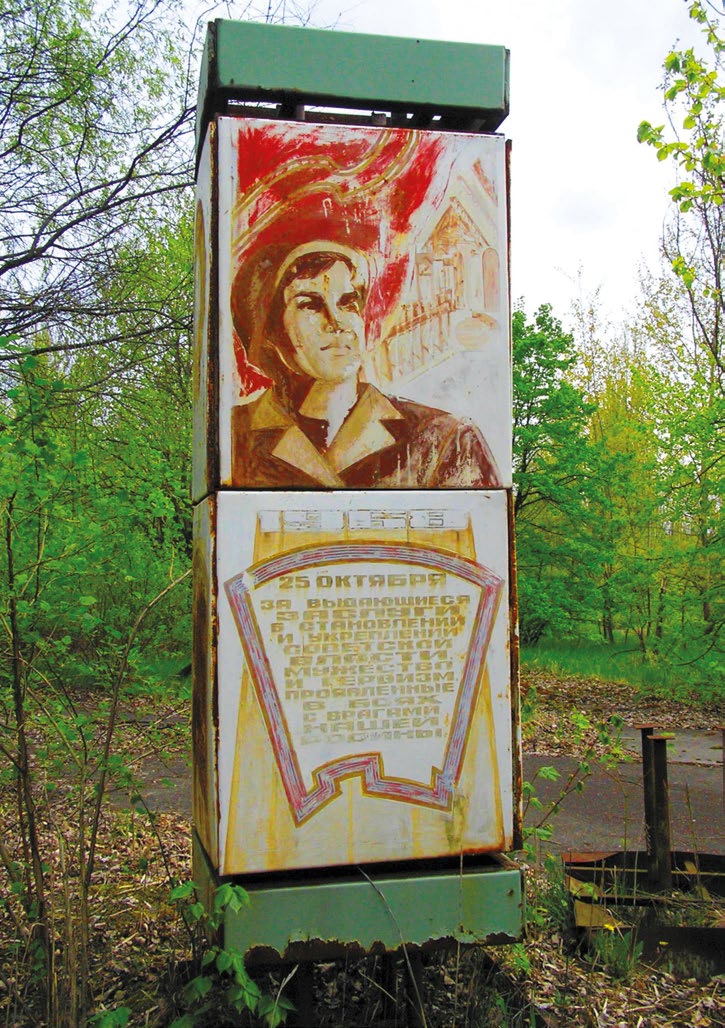