The interesting history of Sorochyntsi Fair.

The Sorochyntsi Fair became known to the entire reading world thanks to Nikolai Gogol, who exalted it in his famous novel of the same name. Now it is difficult to say what had the greater influence – whether the bright, joyful, extravagantly cheerful story made Sorochyntsi Fair so popular, or the inimitable color of the fair “exuded through the text.” In any case, it was after the publication of the collection “Evenings on a Farm near Dikanka” that Sorochyntsi became perhaps the main one among the many fairs of Tsarist Russia of that time. 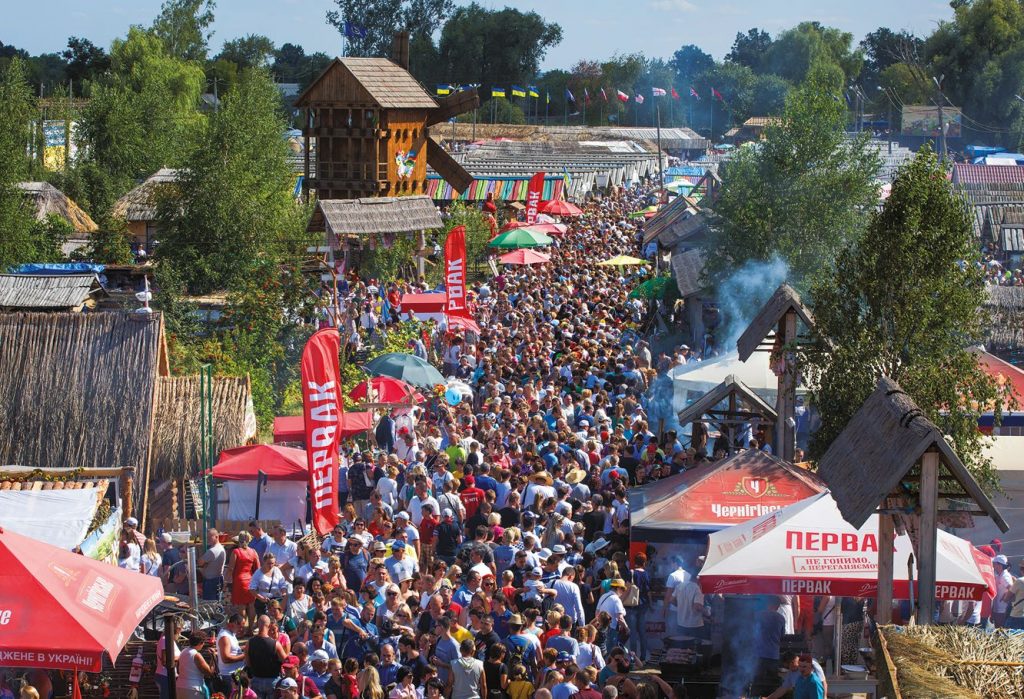 In the USSR, all fairs were banned in the late 1920s, but the Sorochyntsi Fair had been revived by the 1960s, again thanks to literary fame. Today, it is one of the brightest and most popular events of its kind in Ukraine, a half-entertainment-and-business event, half-theatrical show, in which anyone can take part. You can buy any goods here, both modern manufactured and handicrafts, food, souvenirs, clothes, toys, and sweets, as well as try various national dishes, listen to music, and participate in contests and raffles. All vendors are dressed in national costumes, it is literally a “parade of embroidered shirts”. You can meet Gogol himself at the fair, simultaneously in several places, and many of his favorite characters. Visitors are guaranteed good purchases, a good mood, and interesting photos. The fair is held annually in the village of Velyki Sorochyntsi at the end of August and usually lasts 5 days.