The feelings that Sofiyivka Park arouses in its many visitors are no less romantic than the history of its creation. It was founded in 1796 in Uman by the owner of this city, Count Potocki, for his wife and later became a gift on her birthday. Countess Sophia, whose name the park bears, was one of the most famous ladies of her time, a Mata Hari of the 18th century: Greek by descent, courtesan, beloved of many noble and august persons, accepted by all the royal courts of Europe, she became famous as a woman of indescribable beauty, a brilliant mind, a spy, and an adventurer. When she first met Potocki, she was married to Count De Witt, and she was already 35 – in those times, that was practically the beginning of old age. Nevertheless, one of Poland’s most powerful and wealthy magnates proposed to her. As for the creation of the park, Potocki wanted to please his beloved, so he ordered the engineer Ludwig Metzel to make Sofiyivka “one of the first gardens in Europe.” Moreover, Metzel had an unlimited budget and could hire as many laborers as he wanted, and this played a decisive role. 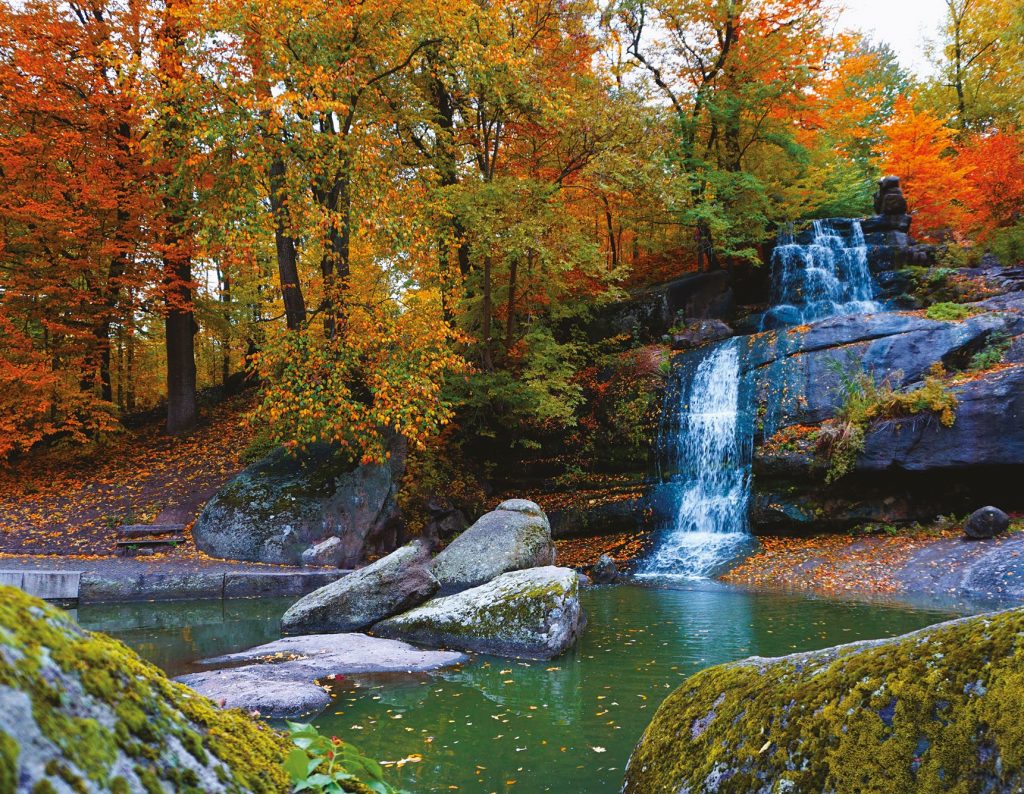 It is interesting that the structure of the park is completely improvised. Metzel skillfully used the land relief, but without any preliminary plan. Sofiyivka is a chain of lakes connected by channels, basins, and ponds created by the Kamianka river. Sometimes it flows through tunnels in the rocks, sometimes it comes to the surface. The park is replete with grottoes, rocks, gazebos, waterfalls, and fountains. Not only local, but also exotic tree and shrub species grow here. The winding shady alleys are decorated with sculptures.

Today, Sofiyivka is a National Arboretum and a favorite vacation spot. Tourists from all over the world come here. You can sail a boat on the subterranean river Acheron, ride a ferry or a gondola, drive along the alleys in a carriage, take excellent photos (including in 18th century clothes), ride a horse, rent a boat or a catamaran, walk in the park alone or with a guide. There are always a lot of newlyweds: it is believed that the wedding performed at Sofiyivka is the key to happiness and love.