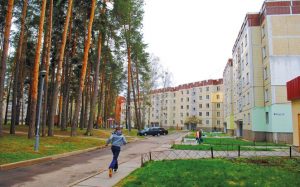 Soon after the accident, construction began on Pripyat’s younger brother, Slavutych. The new atom-town was also given the name of a nearby river: Slavutych, one of the ancient names of the Dnipro. On the shore, a bay was dug and equipped, where builders’ ships docked. What is common between Pripyat and Slavutych are the countless pines in the courtyards. But the architecture differs significantly. Slavutych is the last city built in the USSR, and workers from several republics built it at the same time; therefore, each neighborhood was symbolically decorated in the national style. For example, the Yerevan quarter, erected by the Armenian SSR, is equipped with barbeque grills in the courtyards and even provided for the possibility of making shashlyk (grilled meat) on porches. For children, there are several excellent sports and recreation facilities, as well as a swimming pool, a cinema, an art school, and a children’s arts and crafts center. There is still very little advertising in Slavutych, which also creates the illusion of some Soviet times.

Slavutych, one of the ancient names of the Dnipro. 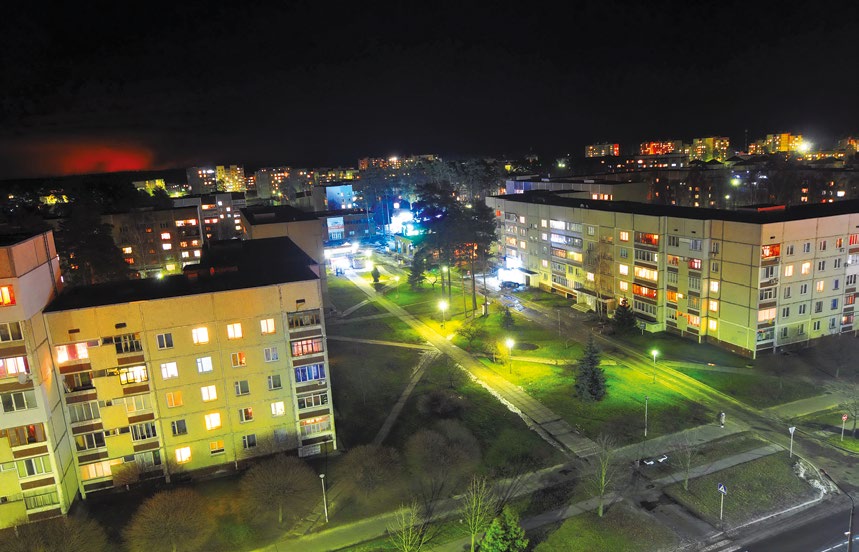 The city is located a few dozen kilometers from Chernihiv, but administratively falls under Kyiv oblast, as well as the Chernobyl NPP. When, after the accident, they were looking for a place to build a new atom-town, it wasn’t accidental that the choice fell on this site. A clean place was needed, with a railway, and at a distance of no more than 50 km (30 mi) from the nuclear power plant. Former Pripyat residents and the workers from the power station, which operated until 2000, mainly lived here.