Kyiv University’s red building, erected by order of Emperor Nikolai I on the then-deserted and almost uninhabited Volodymyrska Street, became not only a center of education, but also influenced the architectural appearance of Kyiv and its geography. The foundation was solemnly laid in 1837, under which was placed a medal with the date when construction commenced; a plinfa (brick) from the foundation of Desyatynna Church, the first Christian stone church in Rus’; silver, gold, and platinum coins; and a copper plate.
Until 1870, the territory opposite the building was empty, and it was supposed to be leased out, leaving only a small spot for a monument to Nikolai I, which was installed in 1869. But when the Brazilian emperor Don Pedro visited Kyiv, he expressed surprise to the Governor that the field in front of this temple of knowledge looked like a neglected wasteland. Immediately after this visit, a park was laid out in front of the university, which still exists today. And behind the university, a botanical garden soon appeared. 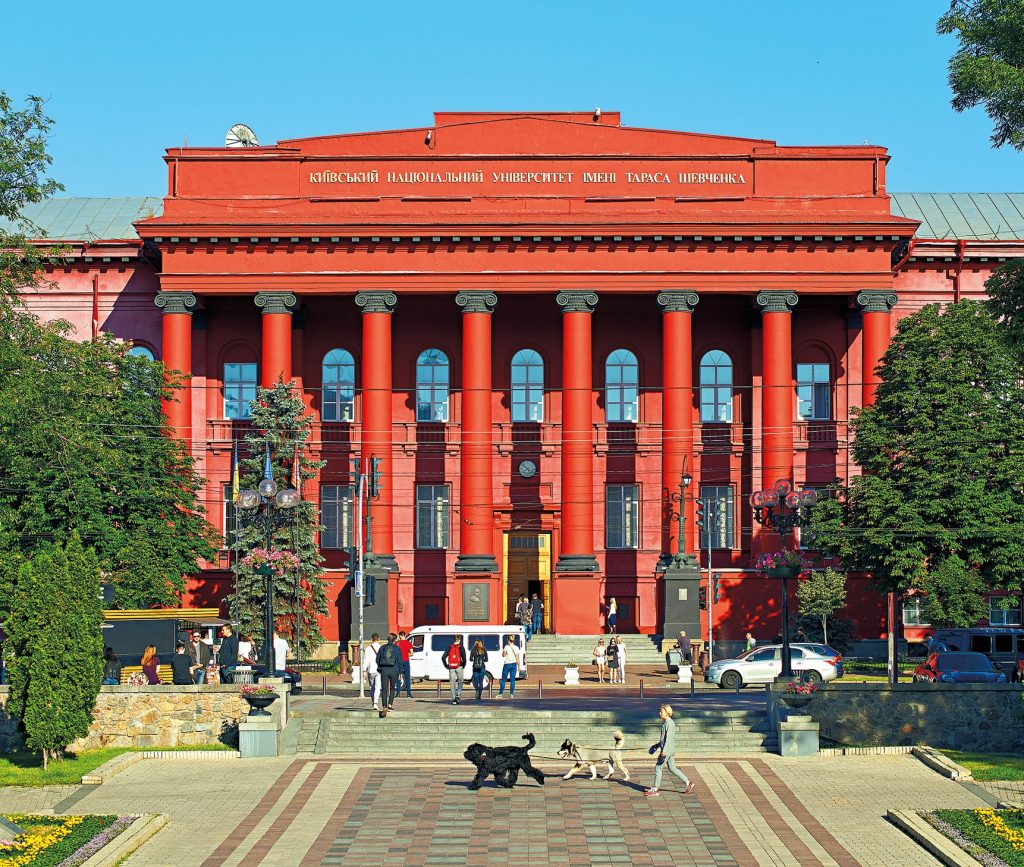 Plans for the university in Russian classicism style were created by a father and son team, Vikenty and Alexander Beretti. The original plan assumed that the university’s walls would be painted lime-green, and the basement dark gray, which would give the building a monolithic and laconic look. But since the university was named after St. Vladimir, when the building was completed in 1843, it was painted in the colors of the Vladimir sash, red and black, leading to the nickname “fire department.” In Soviet times, when red was the main and official color in the country, the building was not repainted. In 1939, the university was re-named after Taras Shevchenko. During the war years, the red building was badly damaged, and after the end of the war, it was restored to its original appearance. Today, it is one of the most prestigious universities in the country.