The protective shell was built in 6 months. There were 18 design options; the final one was ready by August 20, 1986.
Cranes were used with a maximum load capacity of 600 tons at that time. To create a covering over the destroyed reactor, a metal beam was remotely installed, which was 70 meters (230 ft) long, 6 meters (20 ft) tall, and weighed 147 tons. It was called “Mammoth” because of its size. Construction was carried out around the clock, with 10,000 workers on each shift. Initially, walls were built separating the 4th power unit from the 3-rd; reinforced concrete walls were erected around the perimeter of the destroyed block #4. The walls were 6 m (20 ft) thick on the north side, and 8 m (26 ft) thick on the south and west sides. The surviving part of the western wall was closed by a counterfort; the northern part is a cascade wall with concrete buttresses (12 m/39 ft high each). Damaged metal structures and containers with radioactive waste are buried inside the walls. The upper covering over the destroyed reactor was constructed of transverse metal beams, on which were laid 27 metal pipes (1.2 m/4 ft in diameter and 34.5 m/113 ft long). A roof of profile boards was mounted on top of the pipes. 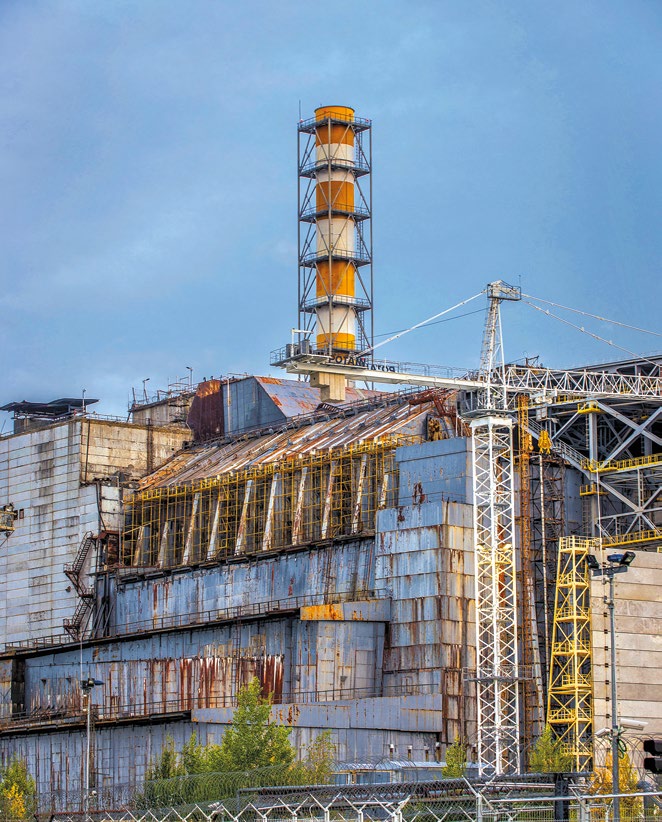