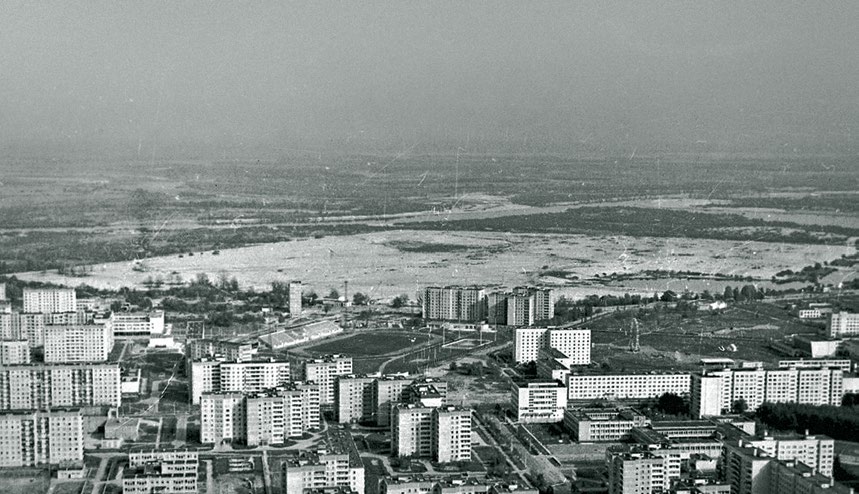 According to the master plan, Pripyat should have been almost two times larger. New homes were being constructed in parallel with the increasing power of the nuclear power plant. At least two more units were planned for commission at the Chernobyl NPP, and even more later on. And the population would increase accordingly. Following the 5th micro-district, arrangements for the site of the 6th and 7th began. The city would extend to the river of the same name. To do this, they deposited a sand bank and were about to start constructing the buildings. But fate ruled otherwise. 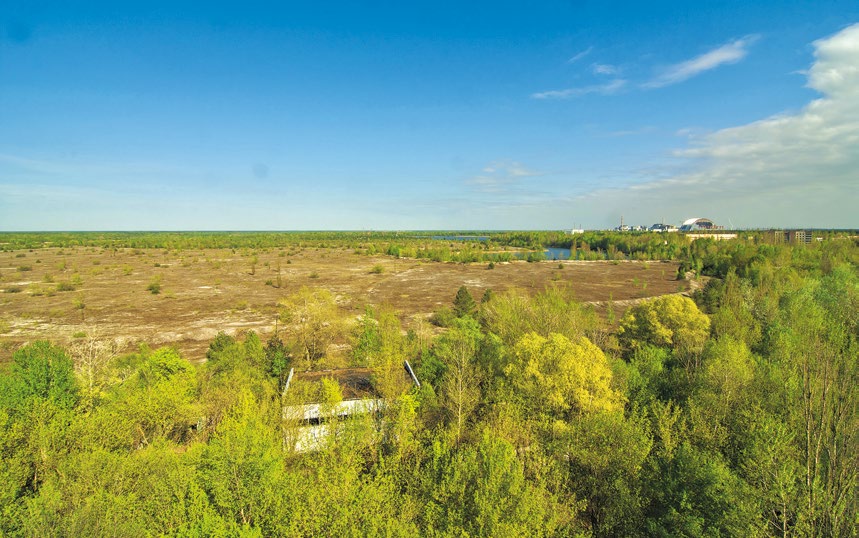 The place cleared for construction of the 6th and 7th micro-districts became one of the most contaminated in the Exclusion Zone, the “Sandy Plateau” burial ground, where soil and resident’s personal belongings were buried. It is 4 km (2.5 mi) from the Chernobyl NPP and was planned as a temporary burial, but it still exists today. Here, 82 trench-type burial places and 8 simple burial mounds were made, where items were simply dumped into a heap, covered from above, and enclosed by a moat dug around the perimeter. These low sandy mounds and flat areas of land are heavily lined with radiation danger signs.