“Samoseli” (self-settlers) are people who returned to their homes in the Zone after the accident. From the point of view of the law, they should not be there – living in the Exclusion Zone is prohibited! But they are. The term was invented by journalists in 1988, but it is still used in official documents to this day. It all started during the evacuation. About a hundred residents from the village Illintsi refused to leave and disappeared from the evacuation staff: it seems that the rich partisan experience of the Second World War was helpful. Some were hiding in the woods, others in attics and cellars. These were thought to be isolated cases. The authorities didn’t perceive a system or the problems with this. But in 1988, the Chernobyl police department recorded more than 1,000 samoseli. The wave of return was provoked by statements about victory over the “peaceful atom.” After several unsuccessful attempts at forceful eviction, the authorities put up with the situation. 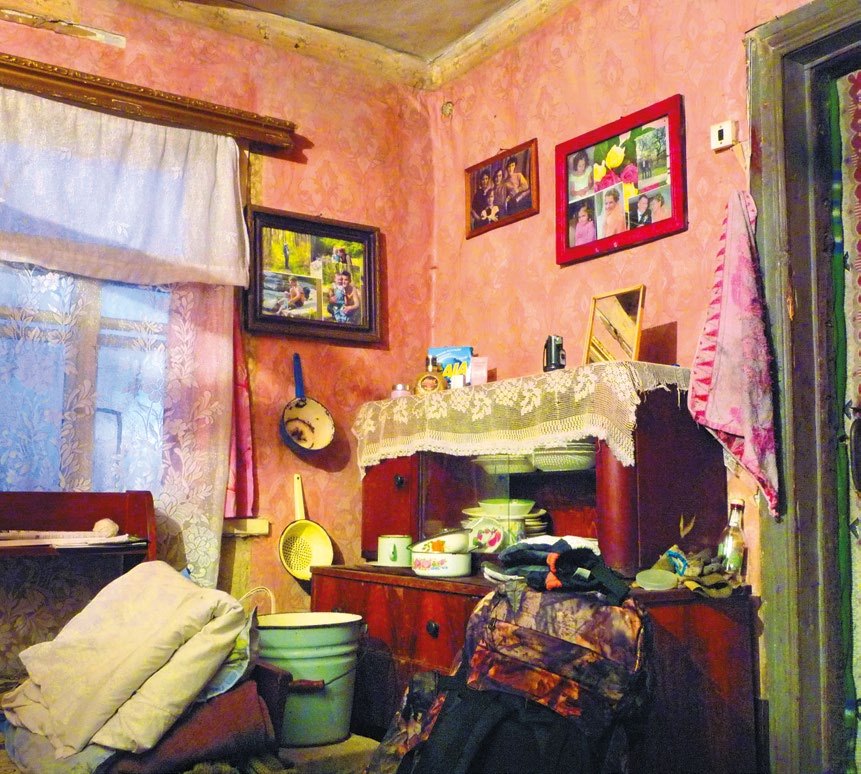 Living in the Exclusion Zone has its own characteristics, but it cannot be said that this is life in a radioactive desert. People here are not left to the mercy of fate. Many services are available for samoseli: there is a separate ambulance brigade in a special medical unit; there is a special police unit assigned to the inhabited villages; and social services attend to general issues. Retirement payments are brought to the samoseli, and once a week a mobile shop brings groceries to the villages and the town of Chernobyl.
As a demographic group, they have specific characteristics. In 1992, 95% of samoseli were 50 years and older, and 75% were over 60 years old. A tendency of sustainable “aging” has been observed. As of the beginning of 2016, 158 samoseli live in the Exclusion Zone, of whom about 100 live in the town of Chernobyl. The average age is 76 years.