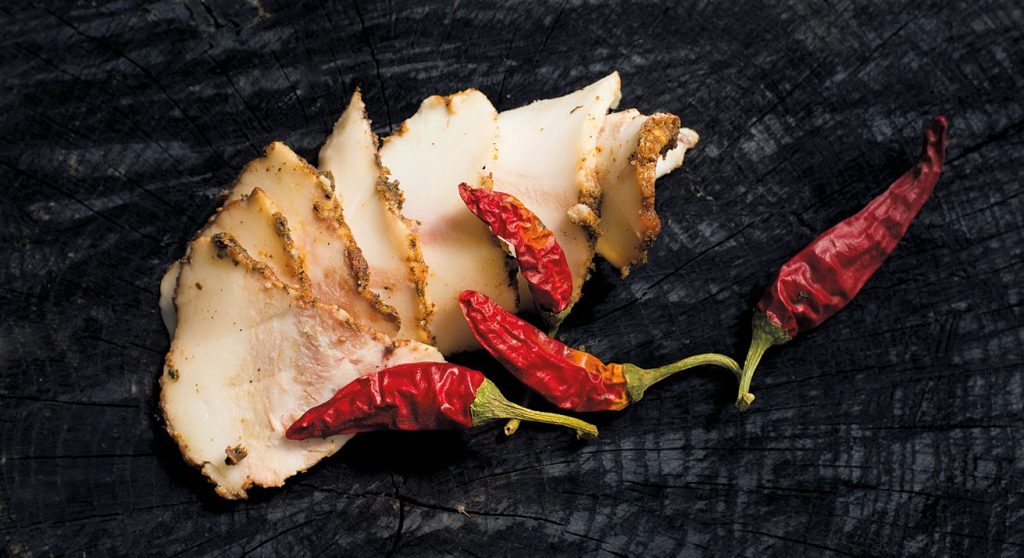 Salo is what solid animal fat is called in Ukrainian and Russian. It develops as a result of over feeding. The most commonly eaten is pork salo, whether fresh, salted, smoked (as bacon), melted (“smalets”), braised, or fried (cracklings).
Salo is popular in many countries, and, according to historians, actually appeared in Ancient Rome as an inexpensive and high-calorie food for slaves. But Ukrainians consider it theirs, the main national dish. And just not any old dish, but almost sacred, holding a special place in the life of a Ukrainian. It’s no wonder that “salo in chocolate” can be found on candy store shelves.
Modern medicine doesn’t consider lard a very healthy product, and the World Health Organization doesn’t recommend eating it, because its saturated fats stimulate excess production of cholesterol in the body. But who cares?
If you decide to try it anyway, it’s better to eat either salted or saltsmoked, and only up to 50 g (2 oz) per day. Fried is absolutely unhealthy, and raw comes with the risk of infection. 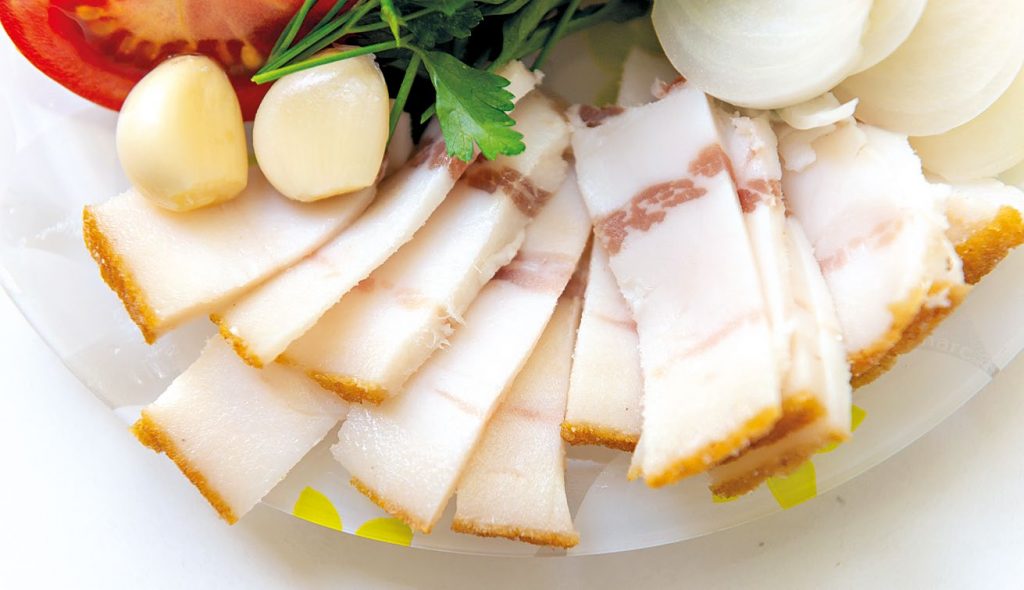 Salo is popular in many countries.

Thin pieces of sliced lard can be placed on a piece of rye bread, making a wonderful sandwich, which, by the way, is an excellent snack with horilka. And it’s not only because of the great combination of tastes, but because of the fat. It coats the stomach lining, slowing down the absorption of alcohol and lowers the intoxication level. Salo is traditionally eaten in combination with mustard or fresh garlic cloves. Salo mixed with ground garlic must be served alongside “proper borsch”  with pampushki (small garlicky biscuits).
In the old days (but not so long ago), lard was used not only to lubricate the stomach, but machines as well. It was rubbed on the runners of sleighs and skis, and smeared on the bottoms of boats and ships.
When buying salo, remember that a few centimeters below the skin is the most delicious and even healthy layer, since there is not only frightening cholesterol, but other elements necessary for the body: vitamins A, E, and D, and selenium.