Saint Nicholas Church on the water

Saint Nicholas Church the Wonderworker on the water, a.k.a. Church of Saint Nicholas on the water, Floating Church of Nicholas, the Kyiv Cathedral of Saint Nicholas the Wonderworker, and officially the Cathedral of Saint Nicholas is an Orthodox church in Kyiv, 23 meters high, built on a circular base slab with sheet piling. The 15-meter footbridge connects the river bank with the cathedral. The building is built in Ukrainian neo-Baroque style; cross-shaped, with one octagonal dome. The facade is decorated with sculptural pediments and has cross-shaped windows on its four sides. The church holds no more than 50 people inside and a similar number on the platform in front. Interestingly, the form of the cathedral resembles a chestnut tree in full bloom. 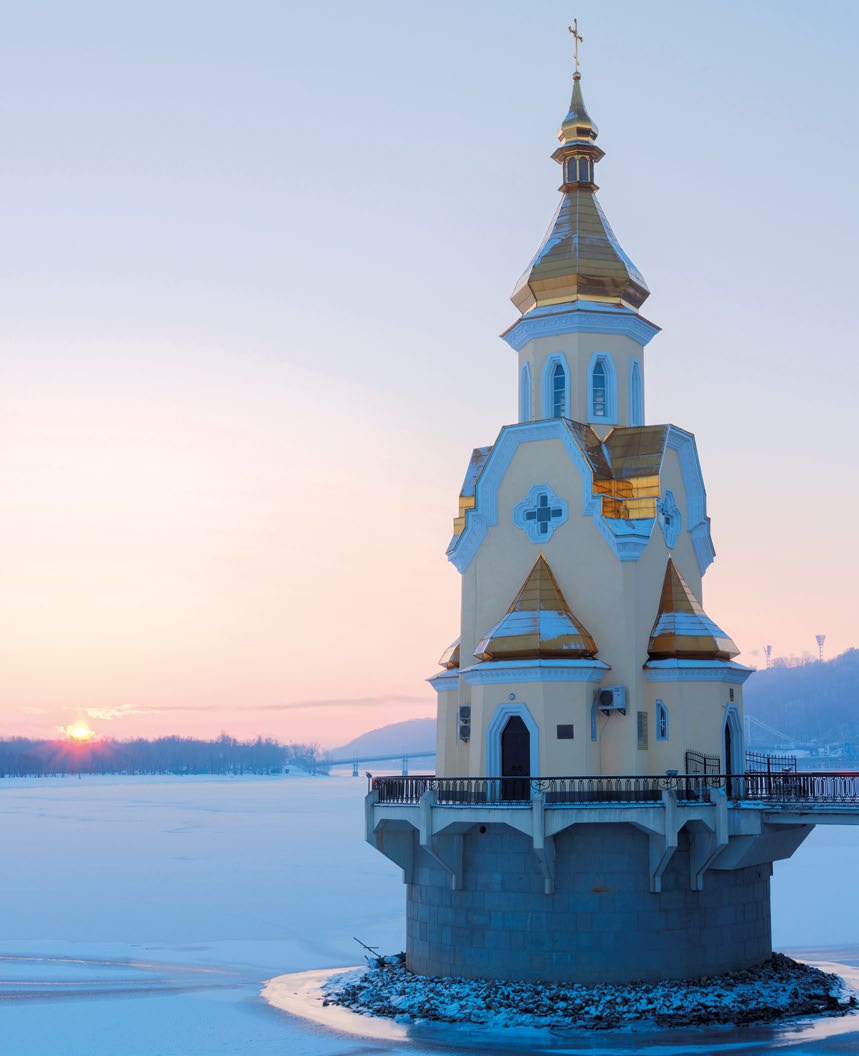 The history of Saint Nicholas Church.

In the early part of the 20th century there was also a chapel of Saint Nicholas in the pseudo-Russian style on the Kyiv river pier, but in the 1930s the Bolsheviks destroyed it. The construction of the modern church began on Saint Nicholas Day, December 19, 2003. The consecration was performed on July 7, 2004, on the Feast of the Nativity of St. John the Baptist, by Metropolitan of Kyiv and All Ukraine Vladimir (Sabodan). The church has a Saint Nicholas icon more than 200 years old.
The cathedral was built with funds from the Ukrrichflot Company, so it is not only a functional church; it is also a monument to all the lost sailors and seamen. The authors of the project are Yuri Lositsky and Elena Miroshnichenko. The church is quite easy to find – you just need to walk along the embankment between Poshtova Ploshcha and Kontraktova Ploshcha metro stations in Podil.