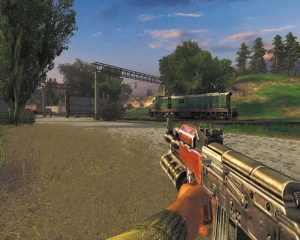 S.T.A.L.K.E.R. Speaking of the Chernobyl Exclusion Zone, it is impossible to ignore another artifact generated by it, in a certain sense: the cult game S.T.A.L.K.E.R. It influenced many of today’s stalkers who went to Pripyat for the first time, recreating the Zone’s unique look and creating a whole philosophy. S.T.A.L.K.E.R. became famous for its advanced technology and the fact that the Zone was reproduced so meticulously. However, it gained cult status for the unparalleled atmosphere that gives the gaming world an authenticity even the most advanced “engine” cannot provide – an atmosphere of the frozen past, the provincial serenity of forsaken cities and villages, abandoned things, equipment, buildings – which contrasts sharply with the bloody events that unfold there with the player’s direct participation. The game’s uniqueness gives a sense of life that ceased so suddenly, it did not have time to stop, and constantly reminds us of itself with old posters, newspaper scraps, or with a mug standing on a windowsill, above which a deadly anomaly waves in a breeze. 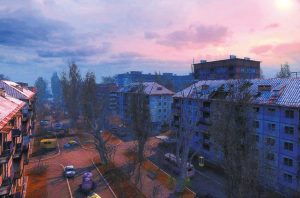