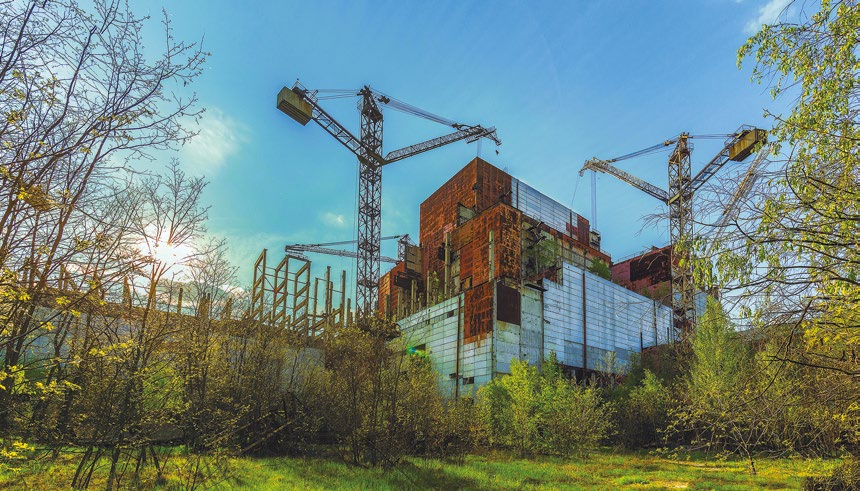 At Chernobyl, there are buildings that were prepared but did not become a part of the plant, unfinished EMO 5 and 6, the so-called “ Release 3.” They suffered little radiation, because authorities hoped eventually to bring them into operation, and in preserving them conducted a thorough decontamination. “Release 3” is located on the island between the gigantic ChNPP cooling pond and a drain passage through which several bridges allow access to the mainland. The buildings also include two unfinished cooling towers. 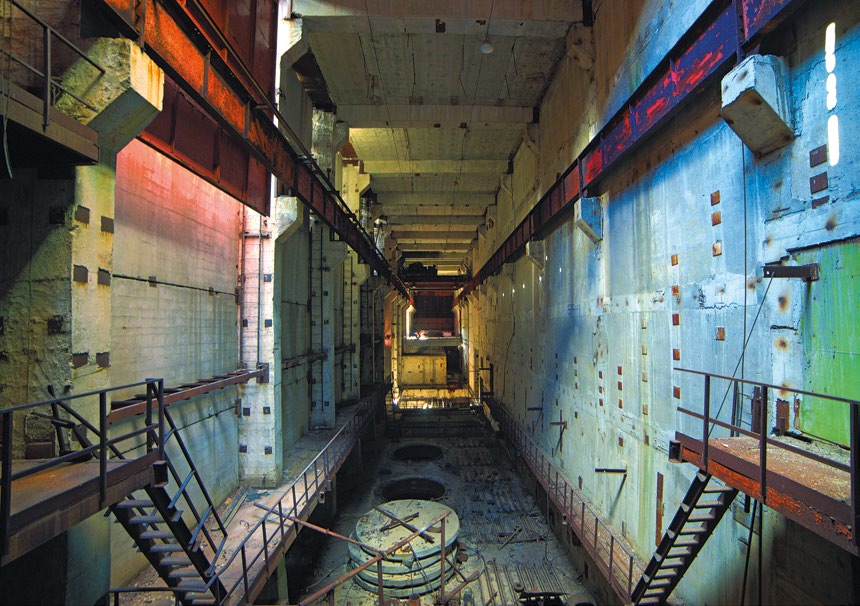 The first had only begun, and the second was almost finished. If not for the accident, the 5th unit would have been launched in November 1986. Until the radiation situation was finally clarified, “Release 3” was frozen. However, at the end of May 1987, it was finally decided to stop construction. At present, dismantling the object is underway.