The first thing that always and obviously scares people in the Exclusion Zone is the radiation, the presence of which is indicated by an ominous symbol meeting the traveler near the border of the forbidden territory. 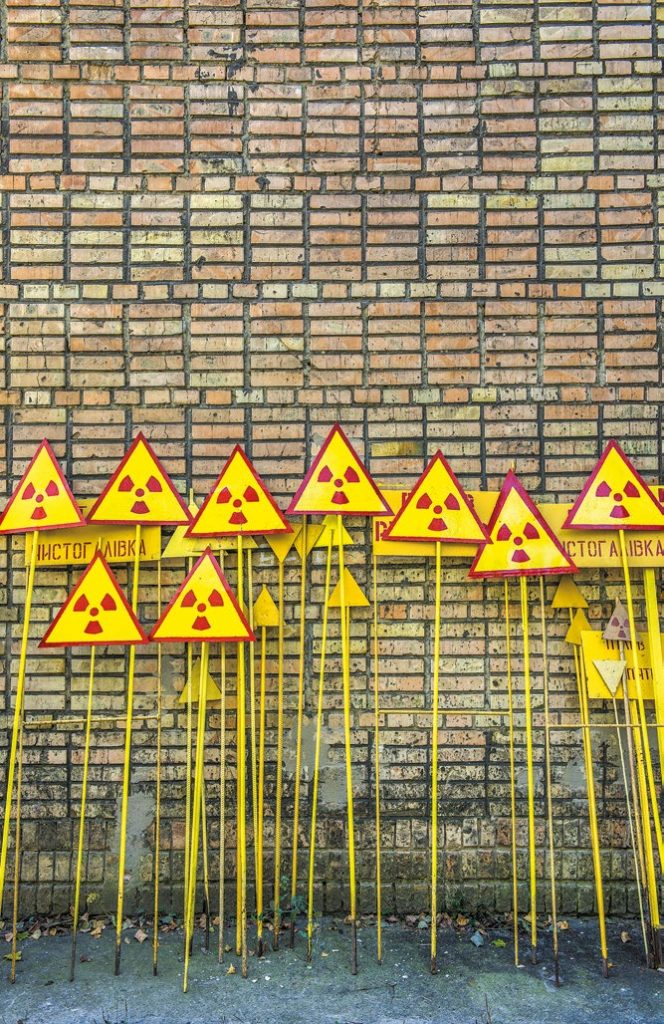 An international danger label, indicating ionizing radiation, was first used in the radiation laboratory of the University of California at Berkeley. At that time, it was magenta on a blue background. A few years later, the International Organization for Standardization adopted the radiation hazard sign in its current form, black on a yellow background. The proportions of the drawing are also standardized. On February 19, 2007, the International Atomic Energy Agency (IAEA) and the International Organization for Standardization (ISO) adopted a new sign for radiation hazard. This is a red isosceles triangle with a wide black border; at the top is the previous sign of radiation danger; in the lower left corner, skull and crossbones; and in the lower right, there is a person running away. It is assumed that this less abstract interpretation should be more understandable to anyone who is not familiar with the standard symbol of ionizing radiation, and prompt him to leave the danger zone in a hurry.