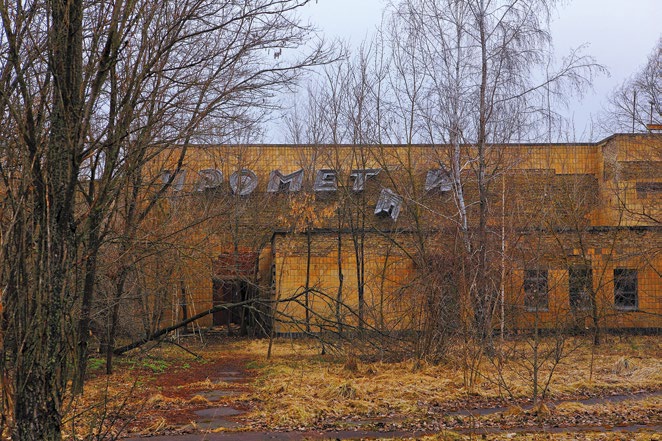 Cinema «Prometheus» in the city of Pripyat.

The cinema “Prometheus” featured 1,220 seats and stood – the name emblazoned on both sides – next to a music school in the central Kurchatov street. Above the main entrance, the signage was made of straight black letters on a blue background, creating a difficult-to-describe effect. The facade is decorated with a mosaic panel by Ivan Litovchenko, designer of almost all the mosaics and stained-glass windows of Pripyat. The building looks like two boxes, built one on the other and faced with beige tiles with black welt below. The foyer and cinema hall – and the walls and floor – were finished in white stone. The hall featured offices, tables, a buffet, and, at the opposite end, a few arcade video games, with such titles as “Battleship”, “Rally”, and “Safari.” 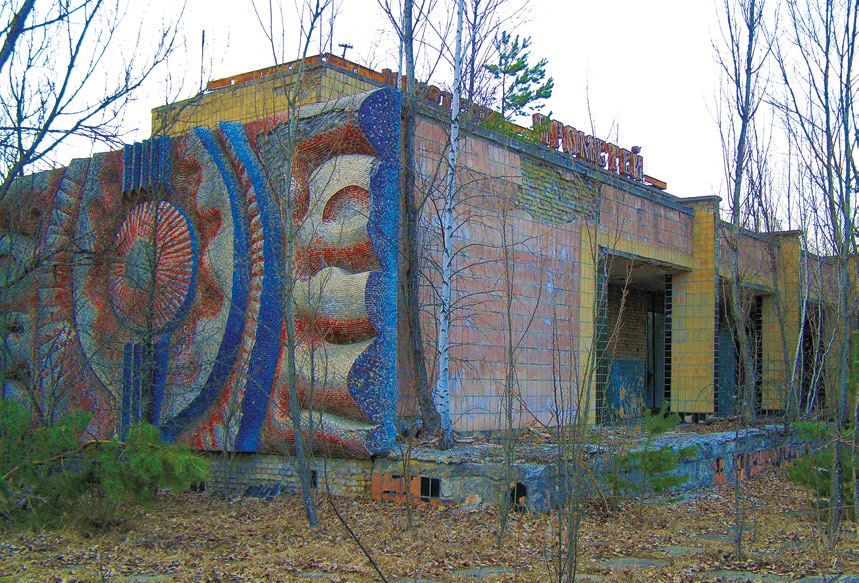 On the ground in front of the cinema stands the statue of Titan Prometheus. A stylized fire, raised to the sky, burns in his hand. The implication is that he was the first “energy man” of the world and the symbolic patron of Pripyat. Today, the cinema building is included in the excursion route through the Exclusion Zone as one of the famous objects.