Pripyat, also known as Pryp’yat’ or Prypiat is a ghost city in northern Ukraine.

Pripyat, the ninth so-called atomograd in the Soviet Union, was founded on February 4, 1970. This satellite town of Chernobyl provided housing for station staff, and had a population 50,000; the average age was 26 years. Thus, Pripyat could claim the title of “youngest” city in Ukraine. In addition, it was intended as a model for other cities with improved layout, infrastructure, and logistics. Perhaps that is why two albums were dedicated to Pripyat and published by Kyiv publishing house “Mystetstvo” before the accident. 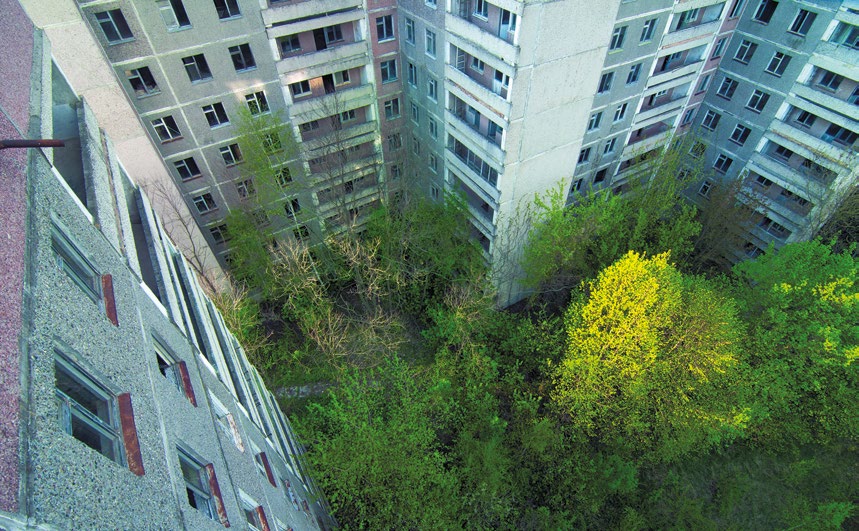 There were many kindergartens and schools, a large amusement park with a variety of shops, and an indoor swimming pool. By 1986, the large “Avanhard” stadium had been built. Pripyat had its own football team, a diving club “Aqua”, music ensembles “Pulsar” and “Crew”, an amateur theater, and much more. The town was completely evacuated on April 27, 1986. It is now in the Exclusion Zone and completely abandoned. It acquired the status of a cult post-apocalyptic place, largely due to the S.T.A.L.K.E.R. computer game. Since the beginning of the 2000s, official tours have been organized here and the city is also a place of pilgrimage for single-illegals, i.e. stalkers.