The Pripyat flows through the territory of two states, Belarus and Ukraine. It is 775 km (481.5 mi) long, the basin area is almost 115,000 sq km (44,400 sq mi), which makes it the largest, in terms of water content, right tributary of the Dnipro. The banks almost everywhere are high and sandy. The river is turbulent and strong, it is also characterized by long spring floods, when the Pripyat spreads over several kilometers, and even tall trees are under water. Before construction of railroads and bridges in the 1930s, there was only a ferry crossing across the river, which was very difficult in the spring. During the Second World War, the bridges were blown up, and after, only one was restored, the railroad one. 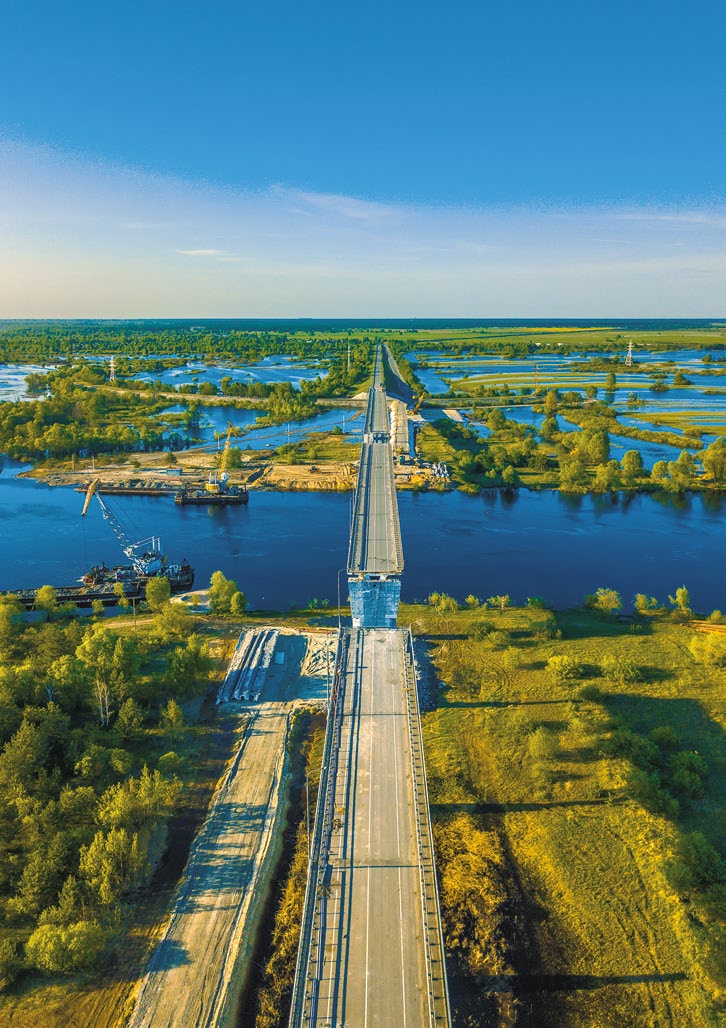 On the banks of the Pripyat, a city was built for the personnel of the Chernobyl NPP, which was given the same name as the river, and a port was established at Yanivsky Zaton, now heavily polluted with radiation and therefore separated from the river by a dam. South of Chernobyl, the Pripyat flows into the Kyiv reservoir.