The history of Princess Olga Monument.

The monument to Princess Olga was unveiled in September 4, 1911. The sculpture of the princess stands on a pink granite pedestal, with the figure of Apostle Andrew on her left, pointing to to the “Holy mountains of Kyiv”. On her right, the figures of Cyril and Methodius, teachers of all the Slavic people. The plaque on the pedestal says: “She will be the first to enter the kingdom of heaven from the land of Rus, for she is praised as the head mother by the sons of Russia”. Below, another plaque says: “A gift from His Imperial Majesty to the city of Kyiv. Summer 1911 AD” as some of the money for the monument was given by Nikolay Romanov. 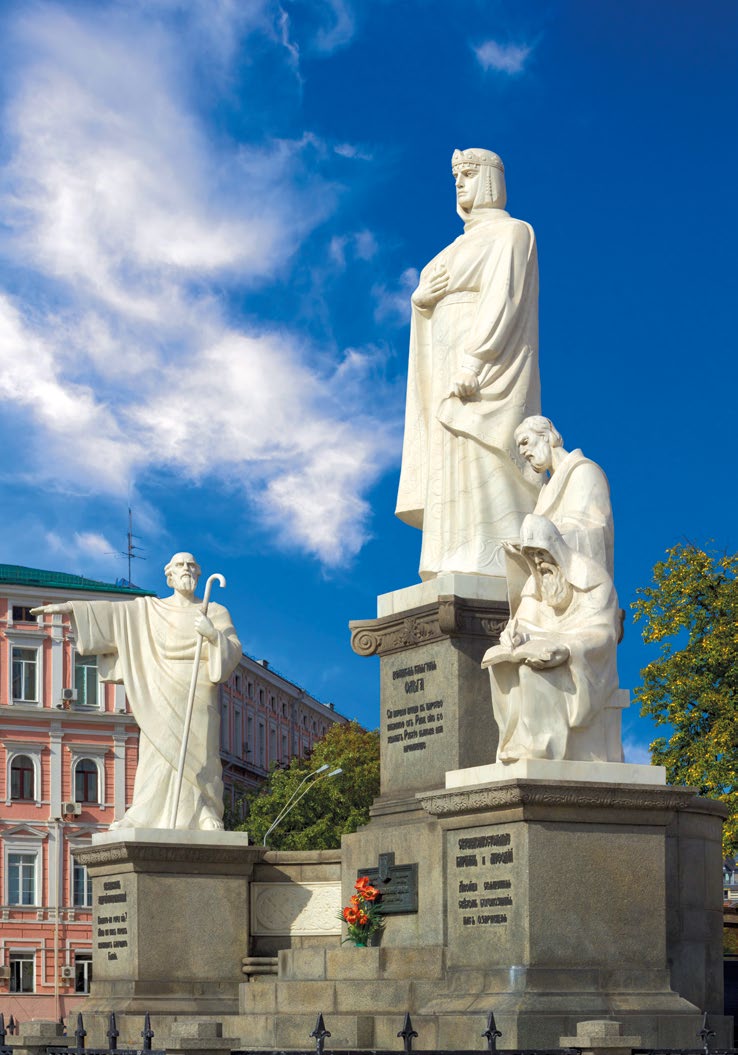 This group of figures was created by the sculptor Ivan Kavaleridze assisted by his colleagues Fyodor Balavensky, Pyotr Snitkin and Velerian Rykov. But this beautiful statue, in its original form, did not survive the Revolution. In 1919 the statue of Princess Olga was toppled from its pedestal, and in March 1923 the statues of the Apostles and teachers were also destroyed. In 1926, a park was laid out here.
In 1996, having dug out the remains from a flowerbed, the monument was recreated in marble from the original drawings.