This square is also known as the “Gate of Podil”. Here begins Hetman Petro Sahaidachnyi Street which leads straight to Kontraktova Square. Originally, this street had the name of Khreshchatyk from the brook flowing nearby. Its appearance has changed over the centuries. Of the ancient buildings that remain only the former post station building, which was operating from the 1850s through 1919, and the huge building of the tsarist mill owned by millionaire Lazar Brodsky survive. The dominant feature of this neighborhood is the Church of the Nativity. This old building was built in 1814 (on the site of an Old Russian church which dated back to the 11th century) from the plans of architect Andrey Melensky. Like many churches, it was destroyed during the Soviet era but now has been restored. The church is associated with the names of poet and artist Taras Shevchenko and writer and playwright Mikhail Bulgakov. The River port station building, an interesting piece of architecture, stands nearby. The lower station of the funicular railway, the oldest in the Russian Empire, is worth a look too. In the park, there is a monument to the first electric tram that trundled up and down in 1892. In general, Poshtova (Postal) Square has always been an important transport crossroads as it linked Pechersk and Khreshchatyk with Podil. Along the Dnieper embankment and lanes of Podil the stagecoaches carried passengers and mail on to various destinations. The steamship wharf was also located here. Nowadays, there is the usual metro station underneath the square. 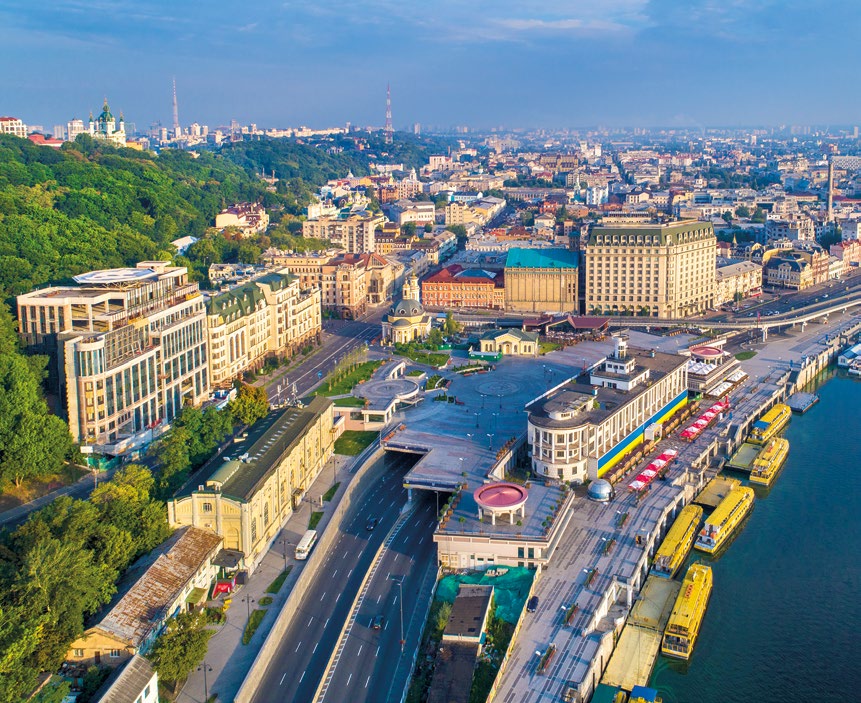 In 2018, during the construction of the shopping mall, archaeological ruins and artifacts were discovered. By accident, the construction workers stumbled on an ancient medieval street (or maybe even a town) with buildings, defensive fortifications, and a mass of household items of great historical value. Legal wrangling over the future of these artifacts continue! Hopefully, this archeological site at Poshtova Square will be preserved and history will triumph over commerce.