The Poplars in Kyiv 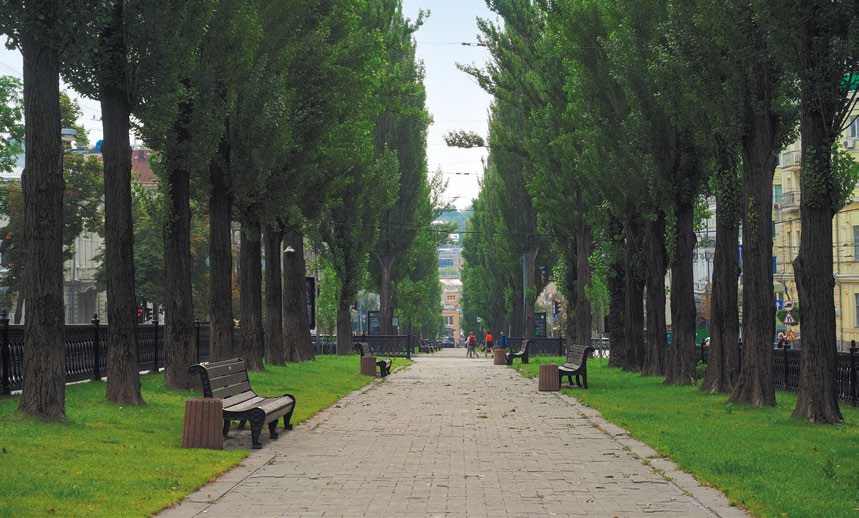 The interesting history of Poplars in Kyiv.

Boulevard Street appeared in Kyiv in 1830. Later it was renamed Shaussee Street, and then University Street. Eventually, in 1869, in memory of Kyiv’s governor-general Dmytriy Bibikov, the street was given his name and became known as Bibikovsky Boulevard. But then came another change and since 1919 the boulevard bears the name of Taras Shevchenko. For many years, this was a train traveler’s first view of Kyiv as they stepped from the adjacent station. For this reason, Kyivans have always maintained the boulevard in perfect order – first impressions are important! Its history is convoluted but amusing. First, linden trees were planted on the avenue, but in 1842 they were replaced by horse chestnut saplings but they did not flourish. Next, by order of Emperor Nikolay I, they were replaced by poplars. But then in 1935, when the capital of Soviet Ukraine moved from Kharkiv to Kyiv, the authorities decided that maples would be best. The idea displeased Kyiv-born residents and the public. After the Great Patriotic War, justice was done and poplars were returned to the boulevard, and along with horse chestnuts, they are also vivid symbols of the city. Taras Shevchenko Boulevard, now as in old times, looks respectable and harmonious. The wonderful trees compliment the many original stately old buildings which line the avenue. It is an extremely handsome thoroughfare.