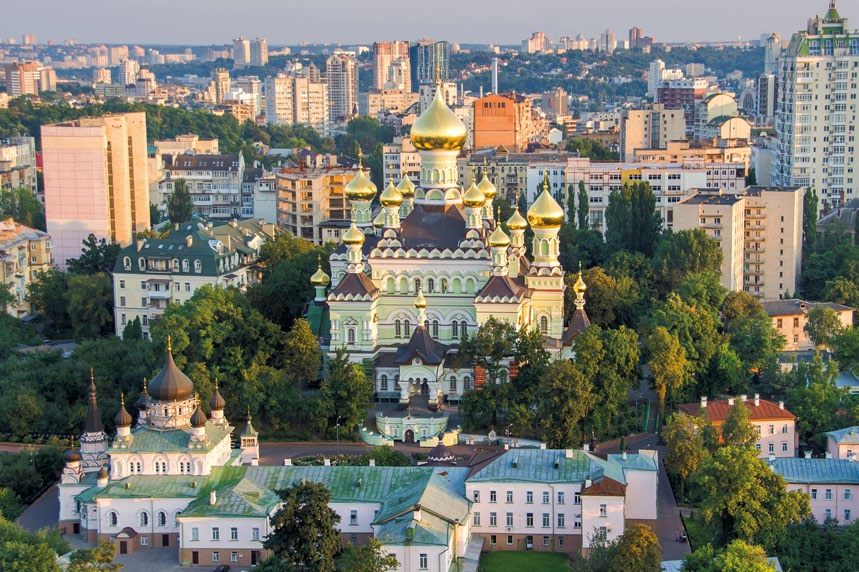 The history of Pokrovsky female Сonvent.

In 1889 the Grand Princess Alexandra Romanova (who later became a Abbess), wife of Prince Nikolay Nikolayevich, brother of Emperor Alexander II, founded the Pokrovsky female convent. The family chapel was also in the convent, where Alexandra Petrovna renewed her faith by praying before the icon of the Mother of God. Later she took the monastic vows under the name of Anastasia. A number of charitable institutions were established in the convent. Its medical facilities were highly advanced for the time and the best Kyiv doctors worked there. In 1923 the convent was abolished by the Soviet authorities, but reborn in the autumn of 1941. 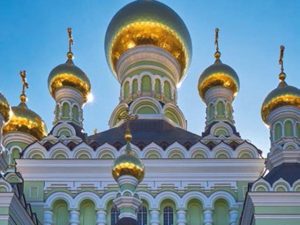 The temple built from the plans of Kyiv architect Vladimir Nikolayev icludes the aisle of Archangel Michael and the aisle of St. Agapit Pechersky. In the garden, to the east of the temple, there is the tomb of the nun Anastasia, and further to the south – the Cathedral of prelate St. Nicholas the Wonderworker including the aisle of St. Sergius of Radonezh (left) and the aisle of all Saints (right). The underground level contains a separate church – The Church of the Icon of the Mother of God – “The life-bearing spring”.