The famous pine cross from the Red Forest became a memorial long before the Chernobyl disaster. During the Second World War, the Germans hanged partisan prisoners from it, then Germans were hung from it. Iron brackets were driven into the tree trunk like a staircase. After the war, embroidered rushnyki (towels) were tied to them in memory of those who were executed, relatives of the victims came to this pine. The tree became a kind of memorial: it was enclosed with a fence, and a plaque and obelisk with a poem were placed nearby. 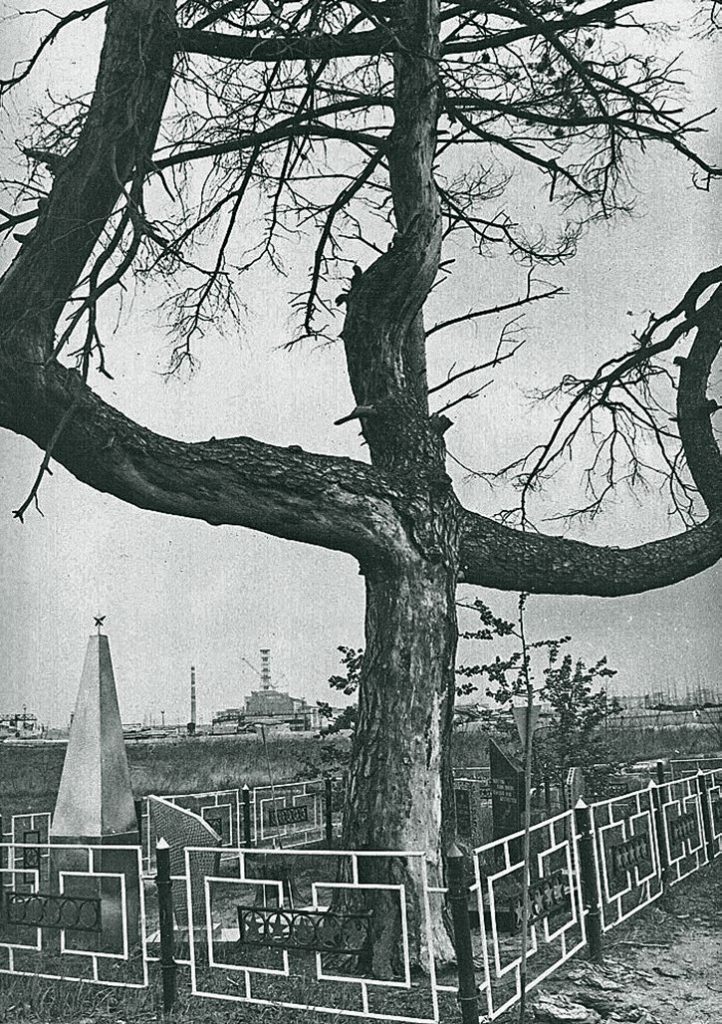 The Pine Cross from the Red Forest.

When the Red Forest was cut down and buried, this dead pine tree was not touched. However, it stood only a more few years and then collapsed, after which it was taken to an experimental radiological base in the village Novoshepelichi, where the tree lay among the debris of a barn, until recently. The image of the pine-symbol was placed on the badge of the First Congress of the Union of Chernobyl in 1990, and on the icon Chernobyl Savior from the Church of St. Elijah. Another remarkable fact: this tree marked exactly where the radiation line was divided into western and northern traces, and touched only the outskirts of Pripyat.