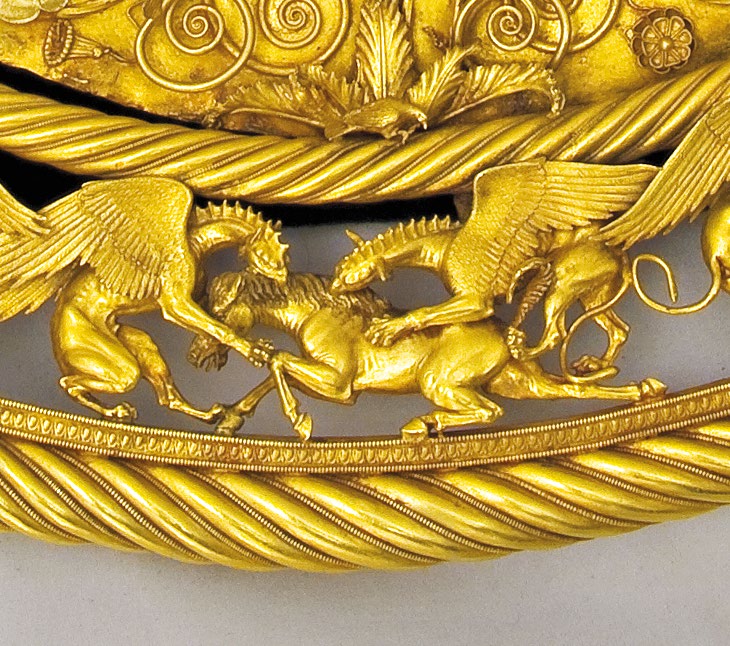 The Golden Pectoral from Tovsta Mohyla is an ancient Scythian treasure.

In the Kyiv Museum of Historical Treasures, which is in the Kyiv Pechersk Lavra, a unique object is displayed for everyone – a large golden pectoral, more than 30 cm (12 in) in diameter, weighing 1,140 g (40.4 oz). Historians say that this neckpiece, impressive for its beauty and the quality of craftsmanship, was created in the 4th century BCE by Greek jewelers at the request of a powerful and rich representative of one of the Scythian tribes. It was discovered in 1971 among hundreds of other precious objects during archaeological excavations of Tolstaya Burial Mound in Dnipropetrovsk oblast. The pectoral, as we see in the photo, is an intricate composition with three friezes. Experts differ about the interpretation of the motifs here: some see everyday and mythological scenes, and some believe it is a Scythian version of the Golden Fleece legend. One thing is for sure: many jewelry techniques had to be used to create this pectoral, including wax model casting, wire-drawing, and filigree. 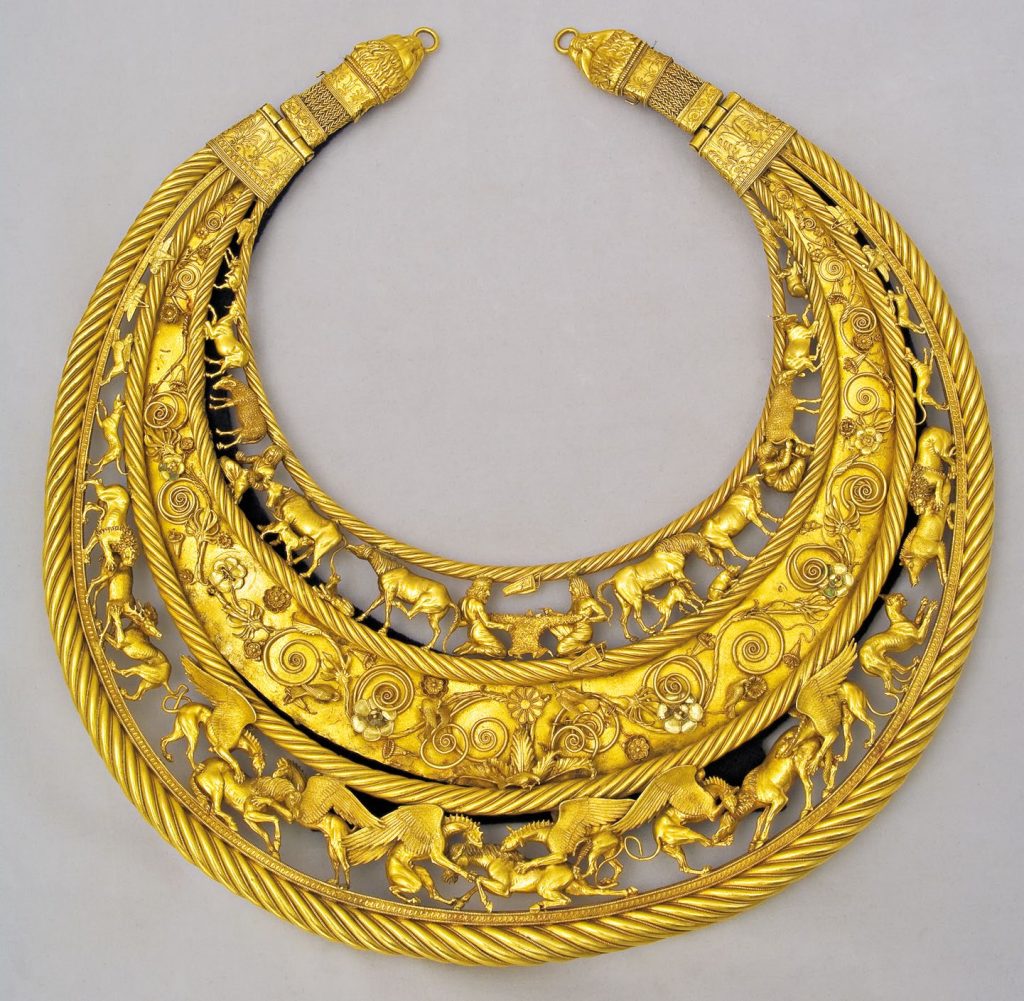 The most famous Scythian in history was Anacharsis, a scholar and philosopher of royal origin, who came to Athens during the time of Solon. He is credited with many wise sayings, as well as the invention of the anchor and improvements to the potter’s wheel and sail. He was ranked among the Seven Sages, the most revered ancient Greek thinkers and politicians and was the only “barbarian” (foreigner) awarded this honor.