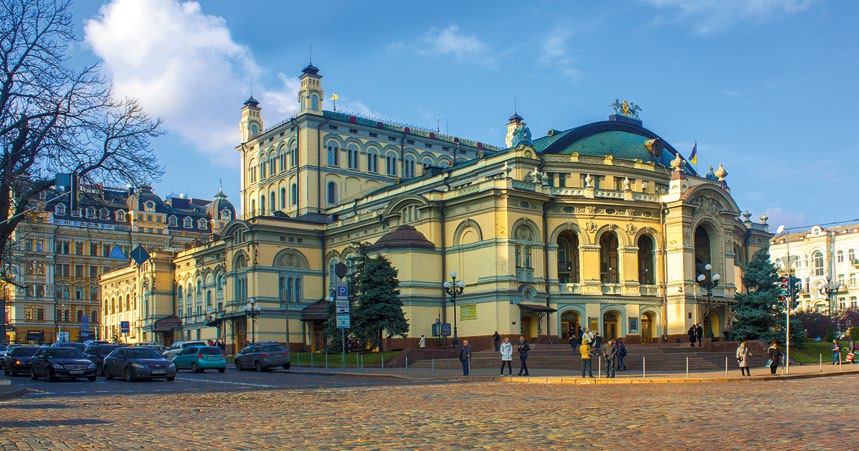 The history of Opera House in Kyiv.

The Kyiv Opera House group was formally established in the summer of 1867 by Ferdinand Berger who invited many talented singers, musicians, and conductors. So the city council offered the troupe the use of the City Theater for their performances. The day of the first performance, November 8, 1867 was made a city holiday. The performance of the opera“Askold’s Tomb” by Alexey Verstovsky was the troupe’s debut. That day saw wonderful opera singers and great dramatic actors, including Sarah Bernhardt and Eleonor Duse. But in 1896, on the last day of the season, the theater burned down, along with one of the largest musical libraries in Europe, along with many stage props and costumes. After the fire, the City Council announced an international competition to design a new building for the Opera House. Victor Schröter made the winning proposal. 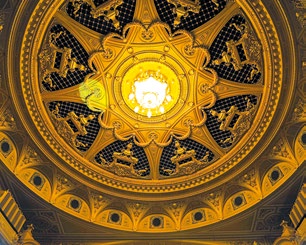 The exterior was in Neo-Renaissance style and the interior was designed in a classical style and called Viennese Modern. However, its greatest achievement was the stage, one of the largest in Europe. In addition, specially shaped pottery was concealed in the walls to create perfect acoustics. It is also said that reeds were buried in the plaster to further improve the hall’s sound qualities. The Opera House could seat 1650 spectators in the stalls, the tiered stalls, the dress circle and four upper circles. The main entrance was first adorned with the city coat of arms depicting Archangel Michael, the patron saint of Kyiv. But then, some local religious people protested that this was blasphemy, so it was replaced with an allegorical composition: mythical griffins holding lyres. The ceremonial opening took place in September 1901 with a performance of “Cantata Kyiv”. The building has seen murder within its walls. 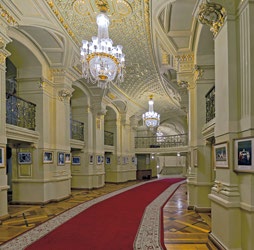 A most famous event that shook the nation occurred on September 14, 1911, when the young activist Dmitry Bogrov assassinated the reform prime minister Pyotr Stolypin. After the revolution, the Opera House was nationalized but never changed its original purpose. In 1988, it was thoroughly reconstructed. The area was expanded; the orchestra pit re-equipped; the old organ replaced; the house extended upwards and the entrance surmounted with a bust of Taras Shevchenko.