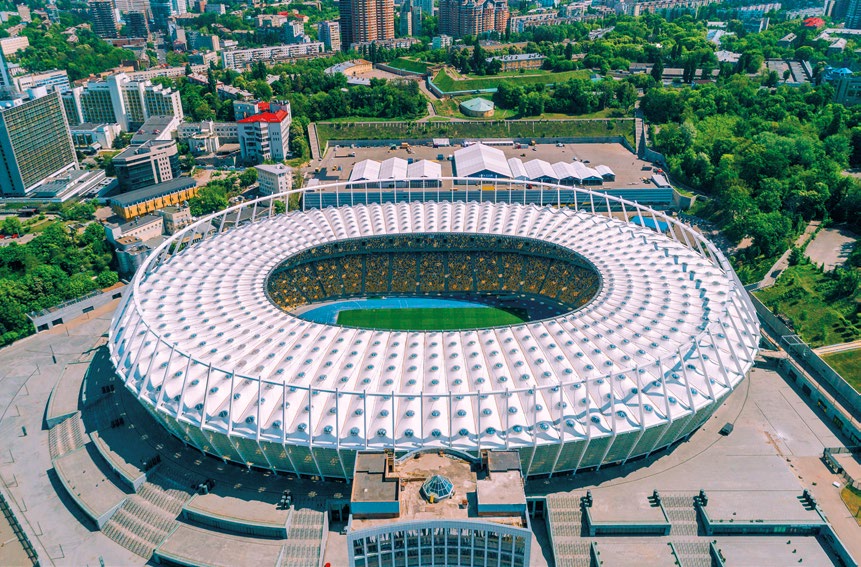 This grand building project Olympic Stadium has history. As far back as 1923, “Red Stadium” was opened here; it was a primitive facility and did not even meet basic standards. Construction of the new stadium began in 1936 when Mikhail Grechyna was appointed as architect. The opening of this new stadium with 50,000 capacity was scheduled for June 22, 1941. Unfortunately this is the date history textbooks record as the outbreak of the war between the USSR and Germany. So it would be another seven years before the stadium actually opened. At different times the stadium bore the name of the Stalin Republican, Nikita Khrushchev, Kyiv Central, and Republican… and since 1996 this sports facility has the proud name of the Olympic National Sports Complex (NSC). 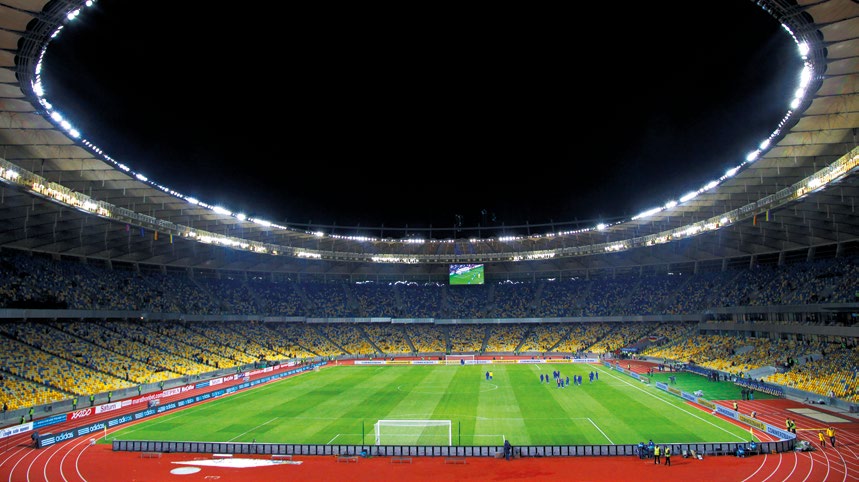 The second terrace to increase seat numbers to 100,000 was built in 1968 when the stadium became the largest in Europe. In 1980, football matches of the USSR Olympic games took place here. In 2010 the original stadium was demolished and replaced by a new 70,000 seater stadium for the 2012 European Football Championships which Ukraine shared with Poland. This new stadium has a VIP lounge, state of the art facilities for commentators and media and special provision for people with disabilities.