Built in the 14th century, Olesko Castle is one of the oldest in Galicia. It survived a lot during its centuries-long history – endless raids by Tatars, fires, earthquakes, looting, and serious damage. Nevertheless, the proud castle still towers above its surroundings, about 80 km (50 mi) from Lviv, at the crossroads of key routes, and it is believed that in good weather it can be seen from far away.
One of the greatest kings of the Polish-Lithuanian Commonwealth was born within its walls, Jan Sobiesky; Poland reached the height of its fame and power under his leadership. All his life, Sobiesky was surrounded by prophecies and signs. The first happened in Olesko Castle. On the day of his birth, in August 1629, the Tatars besieged the castle and there was a great thunderstorm. When the midwife put the newborn on a black marble table, there was a crash of thunder so strong that the marble split and the midwife went deaf. A great future was predicted for the baby. 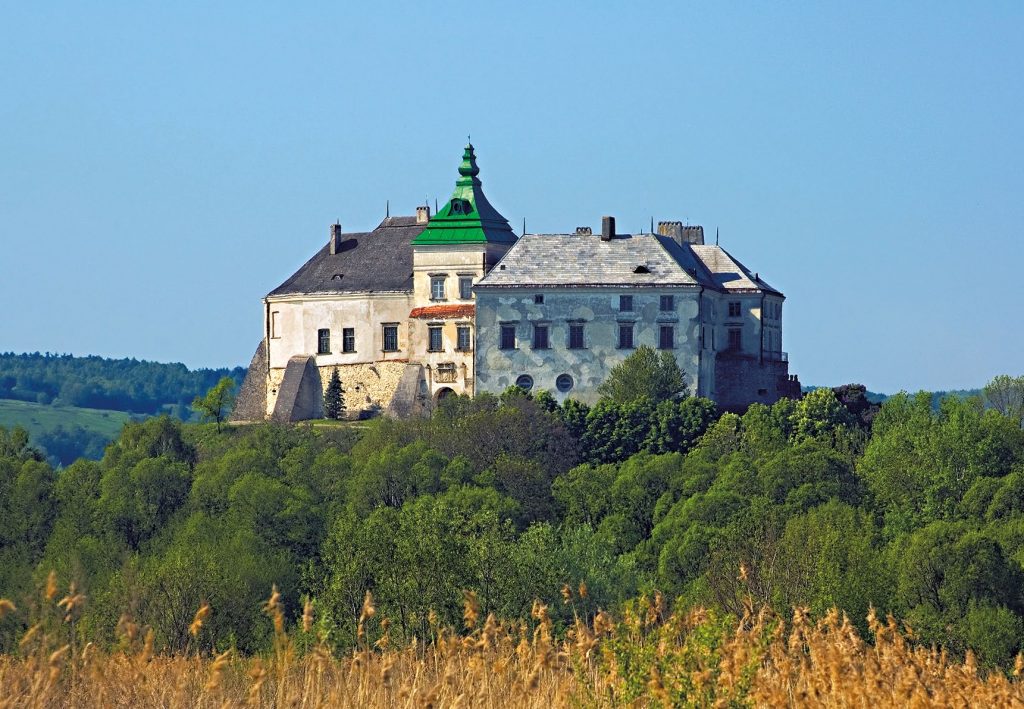 Bohdan Khmelnytsky captured Olesko Castle and turned it into ruins.

At about the same time, Bohdan Khmelnytsky’s father Mykhailo was in the service of the future Polish king’s grandfather. And 17 years later, it was Bohdan Khmelnytsky who captured Olesko Castle and turned it into ruins. In 1682, Jan Sobiesky bought his native castle and began restoring it. However, after the king’s death, misfortunes began to haunt the castle again, and the last devastating fire occurred in 1951. There are also ghosts here: a young nobleman who committed suicide because of unrequited love and was thrown into a marsh nearby; and a monk was allegedly bricked up in a castle wall for his transgressions. They say that during the last restoration, someone really found a skeleton in a wall.
Now, there is a museum here, with paintings, icons, and other antiquities, as well as the largest and most demonstrative collection of 18th century wooden sculpture of the Lviv school, the most famous representative of which is Johann Georg Pinsel.
Filmmakers love Olesko Castle. Many movies were filmed here – in Soviet times, “The Three Musketeers”, “The Wild Hunt of King Stach”, the Polish film “The Flood”, and another historical films; and recently, a scene in the film “With Fire and Sword”.