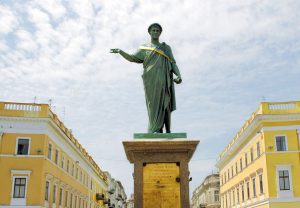 Odesa is one of Ukraine’s youngest, most famous, and unique cities. It was built in 1746 in an area with an ancient and vibrant history, not far from the ancient settlement of Odessos and on the site of the Turkish fortress Khadjibey. During its first hundred years, the city was built and ruled by French and Spanish aristocrats in the service of the Russian Empire (Major General de Ribas, Duke of Richelieu, Count de Langeron), which left a special imprint on its architecture and cultural traditions. Its status as a free port, that is, a port with duty-free import and export of goods, contributed to the rapid development of its economy and the sharp growth of the multi-ethnic population. Odesa was the fourth largest city in Tsarist Russia, and now it is the third largest city in independent Ukraine. 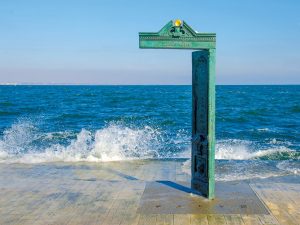 The blending of cultures and traditions has led to many Odesa realities becoming commonly familiar. The Jewish population had a huge impact on city life: sayings like “Odesa humor” and the festival “Humorina,” which attracts tourists from all over; “Odesa accent”; “Odessa courtyards” are picturesque, original “wells,” similar to Italian ones. Far beyond Ukraine, the local market Privoz is well-known, famous for local products, especially fish. Traditionally, people go to Privoz not only for shopping, but also to have a stroll, meet with friends, discuss the latest news. 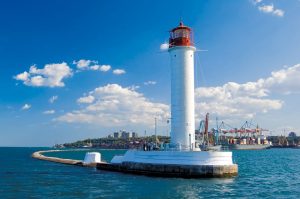 The abundance of food products has influenced the local cuisine: the city has many small cafes, restaurants, and so-called “eateries” with original designs, cozy interiors, and impressive menus, including many dishes which can only be found here. Being a seaport led to two specific Odesa phenomena: a round-the-clock life, when many townspeople go for a walk on the embankment in the middle of the night, and the rise of crime. Odesa “gangsters” in Tsarist Russia gained about the same reputation as the Sicilian mafia, and many of them became local legends and literary characters. Although today crime is not manifested so picturesquely, it still is an issue. 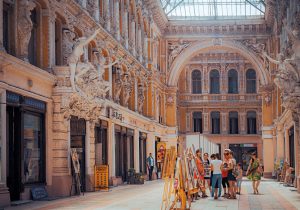 The mild climate, excellent beaches, and, last but not least, the Odesa’s business community made the city one of the most famous Black Sea resorts and a center of tourism.