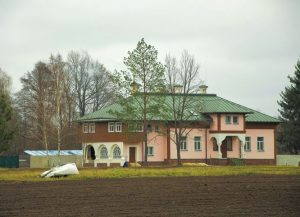 The history of Novo-Nikolsky Monastery.

On the right bank of the river Uzh stood the wealthy Novo-Nikolsky Old Believer men’s monastery, founded in 1805. In addition to several churches, there were 50 houses for monks and one chapel. The monastery owned a fair amount of land, which later was confiscated by the imperial authorities. Only the 1882 Nativity Church has been preserved until our time. According to local residents, it housed a store in 1957. In the 1990s, the former monastery and cemetery were in a state of neglect. Since 2011, the women’s Kyiv Pokrovsky Monastery has had a skete here, called Pustinno-Nikolsky. Unfortunately, the restoration of the monastery has been handled rather carelessly. They destroyed part of the old cemetery and an alley of trees planted in memory of the heroes of the Second World War. The monastery is closed to the public. Getting here without advance agreement is problematic. 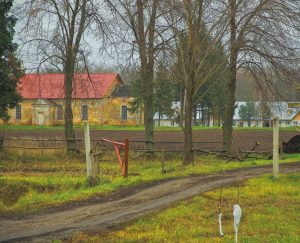