The most famous literary portrait of Ukraine was written, of course, by Nikolai Gogol (1809-1852). A descendant of an old but rather poor noble family, he was born in Ukraine (then Malorussia, part of the Russian Empire) in the village of Sorochyntsi, which he immortalized in the famous collection of short stories “Evenings on a Farm near Dikanka,” subtitled “Tales published by beekeeper Rudy Panko.” This collection has become an unparalleled book about Ukraine, written in Russian, but with a unique savory flavor, in a distinct style, which caused a furor in capital society. It delighted Pushkin and other renowned authors, and brought Gogol instant fame. Later, he would write two more collections about his homeland, “Arabesques” and “Mirgorod,” which includes the stories “Viy” and “Taras Bulba,” whose name has become quintessential in Ukraine, like the European Sid or Roland. His stories and narratives can be divided into humorous and horrifying. The former are “Sorochyntsi Fair” and “Christmas Eve.” And the latter, “May Night, or the Drowned Maiden,” “The Night on the Eve of Ivan Kupala,” “The Lost Letter,” “A Terrible Vengeance,” and “Viy.” These tales established Gogol’s reputation as the leading mystic of Russian literature. Witches, sorcerers, devils, and Viy (one of the demons from the Slavic underworld, who kills with a glance), appear in them, and they are really scary. 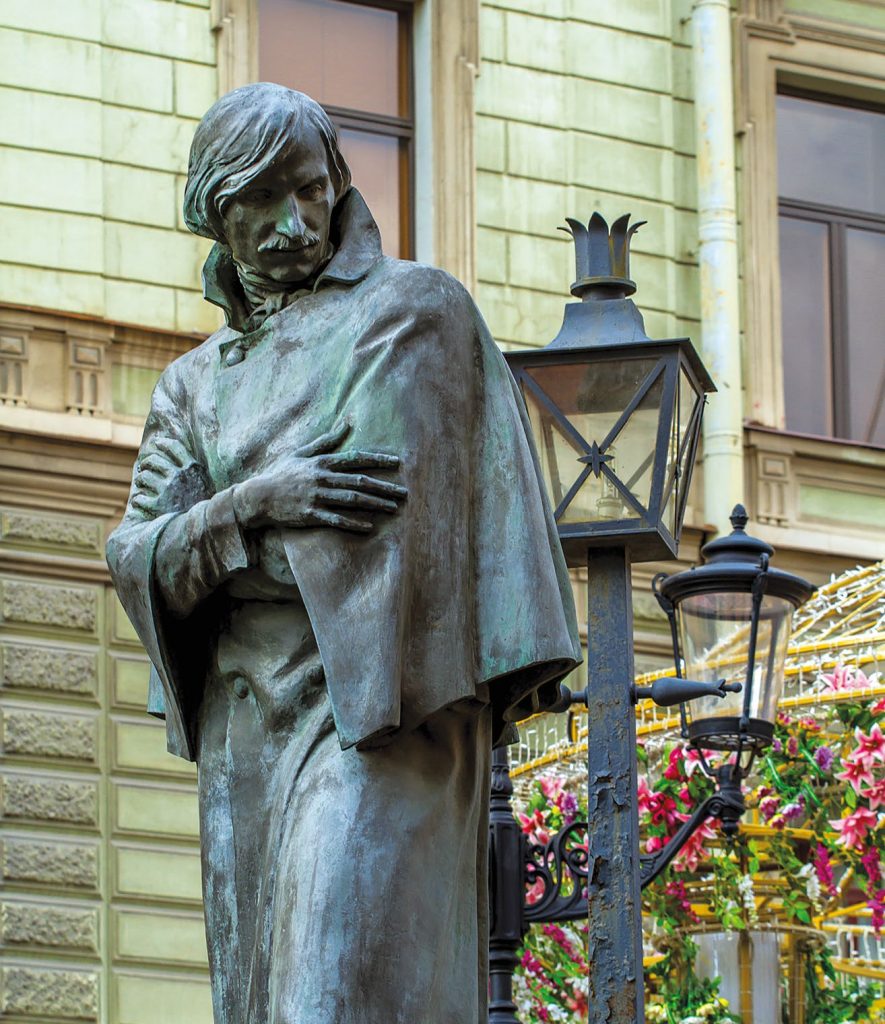 Nikolai Gogol is accepted as the originator of modern realistic Russian prose.

The second, Petersburg, stage of his creativity is not less well-known and has a notable number of famous works, but the unrestrained merriment and optimism had left them. Despite the resounding success of his comedies “Revizor” (“The Government Inspector”) and “Marriage,” Gogol did not settle down in the northern capital and yearned for Ukraine with all his might, hoping to get a history professorship at Kyiv University. When the dream did not come true, he went abroad, where he spent about 10 years working on one of the masterpieces of Russian literature, the poem novel “Dead Souls.” Upon returning to Russia, he became seriously ill. In a deep depression, he burned the second part of “Dead Souls” and died soon thereafter.